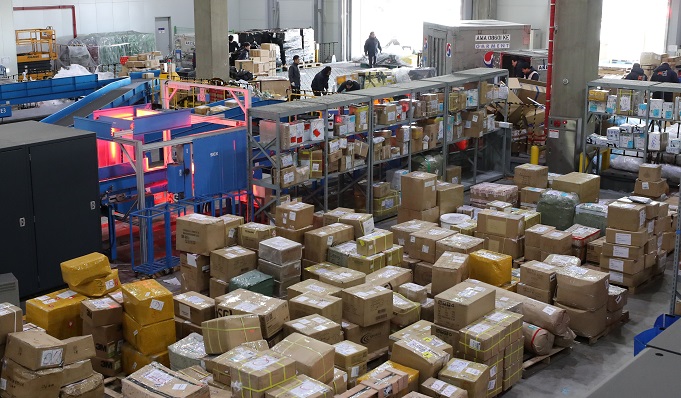 Customs officers check packages from abroad at a customs office in Incheon, west of Seoul, on Dec. 4, 2017. (Yonhap)

Online communities for foreign direct purchasing are increasingly sharing the view that buying goods abroad is either more expensive or equivalent in price to shopping at domestic shopping malls.

In contrast, consumers are flocking to direct purchasing in Japan due to the cheaper yen.

Direct purchasing in Japan had previously been a less attractive option for a lot of consumers due to high commissions and a lack of service providers.

The dropping value of the yen, however, has resulted in a price incentive for foreign purchasing in Japan, resulting in a higher number of consumers tolerating the inconvenience of delivery over a cheap price.

The exchange rate between the Korean won and the Japanese yen fell below the 1,000-won hurdle per 100 yen last March, and is currently hovering around the 950-won level.

With the ensuing increase in delivery stock from Japan, service providers are now posting frequent notices about delivery delays caused by a lack of air cargo space to carry the parcels.

The overseas direct purchase platform Malltail saw a 20-percent increase in foreign direct purchasing in Japan between April and May compared to last year.