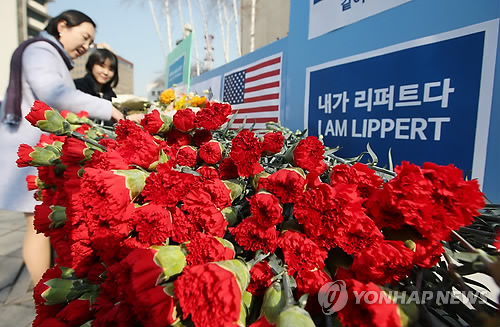 SEOUL, March 8 (Korea Bizwire) – Carnations are being piled up in front of the U.S. Embassy in Seoul on March 6, 2015, by well-wishers of U.S. Ambassador Mark Lippert. Lippert was hospitalized after a surgery of his face and arms which required 80 stitches. He was attacked by a knife-wielding activist at a forum in Seoul the previous day. He is in stable condition after the surgery.

At the bottom image, members of a local activist group are gathered outside Yonsei University’s Severance Hospital in western Seoul on March 8, 2015, holding get-well-soon signs for U.S. Ambassador to South Korea Mark Lippert who underwent surgery last week for injuries inflicted by an anti-U.S. assailant. 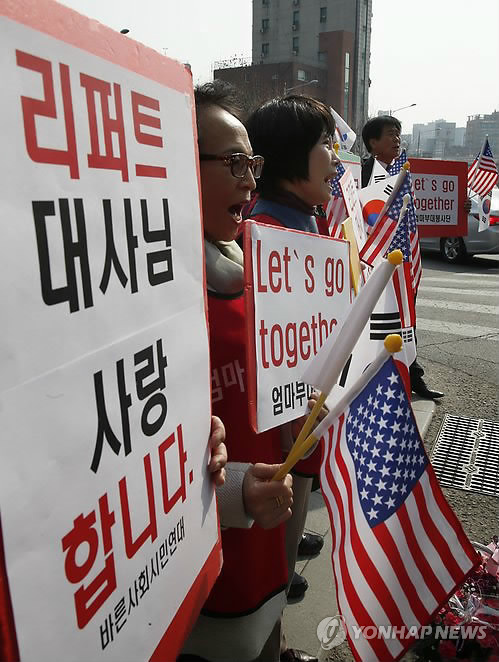