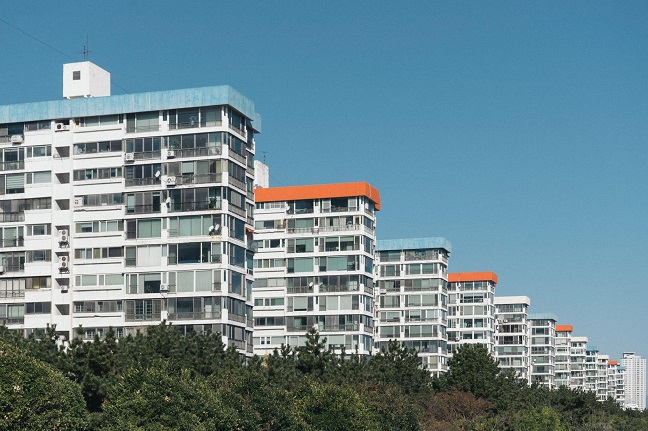 This photo taken in 2017 and provided by Choi Jong-eon shows an apartment complex in the southeastern city of Busan.

Choi, 31, is among a growing number of South Koreans looking at the old, often neglected apartments with new perspectives — as a subject worth attention and documentation.

“Ever since I began taking photos of apartments, I think a lot about things that disappear,” the amateur photographer said during a recent interview with Yonhap News Agency.

“It’s not just about apartments. In Seoul, you often see a whole neighborhood being demolished and built again. I wanted to put them on record before they were gone.”

Mostly in their 20s and 30s, these new group of people are the so-called apartment kids who were born and raised in the modern dwelling that emerged alongside the country’s industrialization.

For them, the seemingly identical apartment complexes are the nostalgic neighborhoods they think of when reminiscing about their childhoods, except many of them are gradually being replaced with new high-rise buildings.

“When I upload the photos on social media, people who lived in the apartments send me messages — about their time there, how they feel about them disappearing,” Choi said. 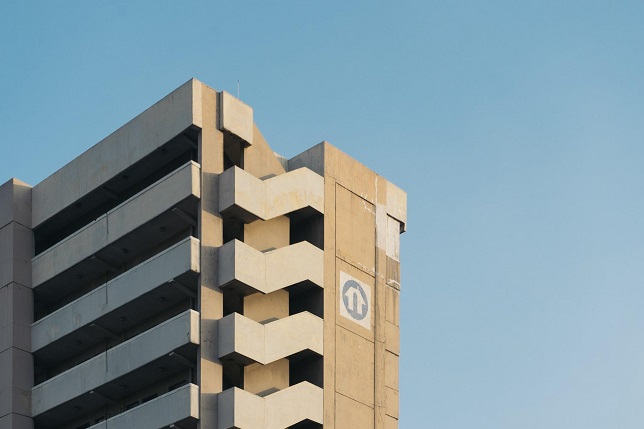 This photo, taken in 2018 and provided by Choi Jong-eon, shows the now-torn down Dunchon Jugong Apartment building in the eastern Gangdong ward, Seoul.

Some despise apartments as lacking character and looking like matchboxes, but they are still a symbol of middle-class financial security in Asia’s fourth-largest economy.

According to government data, 51 percent of South Korean families, or 10.01 million households, live in apartments. Among 18 million properties across the country, 11 million, or 62 percent, were apartments in 2019.

South Koreans’ strong demand to live in apartments, especially new ones, is reflected in the soaring housing prices in Seoul, which have further picked up since new Mayor Oh Se-hoon took office in April with a pledge to ease regulations on rebuilding old apartments.

“Many think apartments built by the state housing developer look the same. But when you actually go and see, you can always find little experimental touches engineers of the time tried out,” the 31-year-old said.

From duplex-type properties to windows on the sides of buildings, old apartments contain unique characteristics that can be hardly found in today’s apartments.

Kim Ki-ho, honorary professor at the University of Seoul, said apartments built in the 1970s and 80s are the “living proof” of South Korea’s industrialization and modernization.

“When the apartments were built 40, 50 years ago, they were the cutting-edge buildings of the time,” Kim said, stressing the historical value of the old dwellings.

“They are the results of a country’s efforts to provide enough housing amid an influx of people to the capital in search of new jobs and opportunities.” 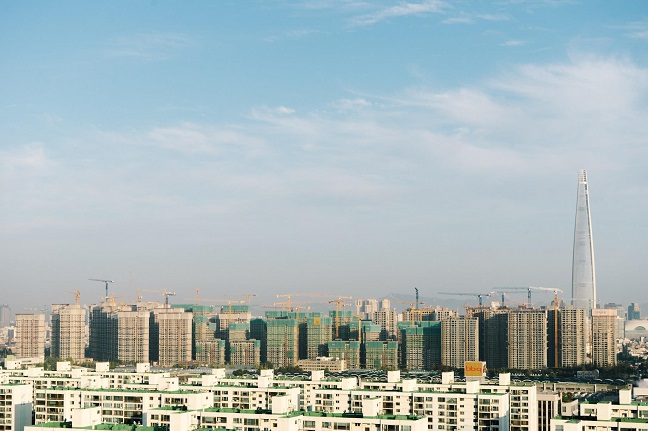 This photo, taken in 2017 and provided by Choi Jong-eon, shows an apartment complex under construction in Seoul.

While Choi is fascinated about the external looks of apartments, some are more drawn to gathering the stories of residents who spent their life there.

One of the most well-known such projects is the “Hi-Bye, Dunchon Apartment” that focused on the mega-sized apartment complex of the same name in the eastern Gangdong Ward.

The project began at an individual level by Lee In-kyu who was born and raised at the apartment but was expanded to draw over 5,000 followers on Facebook, leading to the publishing of five books and a 72-minute documentary film compiling interviews and photos of people who lived at the decades-old complex.

“Homes in our country have become a synonym for a means to climb up the property ladder, but what those numbers, the prices blind us to is the countless memories we have in and around the place,” said Lee Sung-min, a documentary filmmaker, who led a similar project in the affluent Gangnam district.

Lee launched a program to stroll around an old apartment complex with people who previously lived there.

“What we talked about when we were walking was really just trivial things, like who we waited here for, how we played there, but I think that experience of sharing our small stories matters,” Lee said. 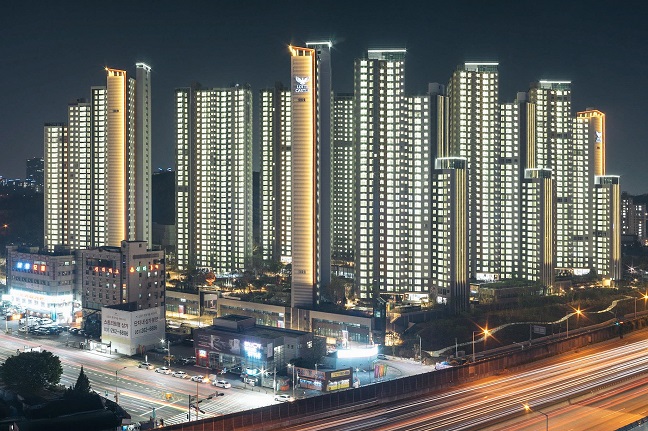 This photo, taken in 2019 and provided by Choi Jong-eon, shows a new apartment complex in Yongin, 50 kilometers south of Seoul.

The government also appears to be seeking to play its own part to record the modern history surrounding the decades-old apartments but how to remember and preserve them is still a fiercely debated issue.

In 2013, then Seoul Mayor Park Won-soon decided to permit redevelopment projects only if the property owners agreed to leave parts of the region’s heritage to preserve history.

Many historians are for their preservation, saying, “Viewing them in photos and in replicas and having them live in front of us cannot be compared.”

But residents of old apartments who had agreed to the policy — apparently to swiftly tear down the old ones and build new ones — are now strongly demanding the withdrawal of the decision, citing safety concerns and aesthetic reasons.

“As much as how to preserve our modern history is an important question to address, having enough discussions appears equally important,” the filmmaker Lee said.

Archiving photos and stories of old apartments is not just about keeping records of the past. It also changes the way people who currently live there look at their homes.

Choi, the apartment photographer, says it’s one of the most rewarding moments to see people have a new perspective on the “matchbox-like” apartments after coming across his photos.

“After all, most of us will be living in apartments for a long time,” he said. “So what is there to lose by giving more affection to them?”