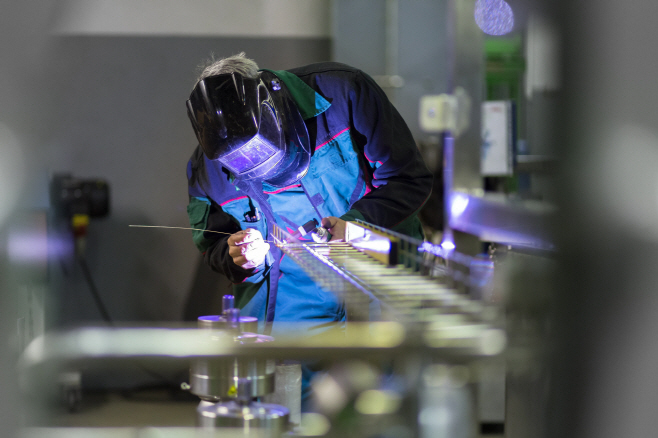 SEOUL, Oct. 27 (Korea Bizwire) — Three in 10 workers in the manufacturing sector are over 50 years of age, with a rapidly increasing proportion of senior workers, a report said Wednesday.

The Federation of Korean Industries (FKI) reported that the proportion of senior workers over 50 years of age jumped from 11 percent in 2001 to 31.9 percent in 2021.

Even in comparison with the U.S. and Japan, workers in the South Korean manufacturing sector is aging rapidly.

The average age of workers in South Korea’s manufacturing sector stood at 39.2 years in 2011. By 2021, the average age had increased to 43 years.

The FKI is concerned that rising labor costs due to the aging problem are accelerating faster than the rise of labor productivity.