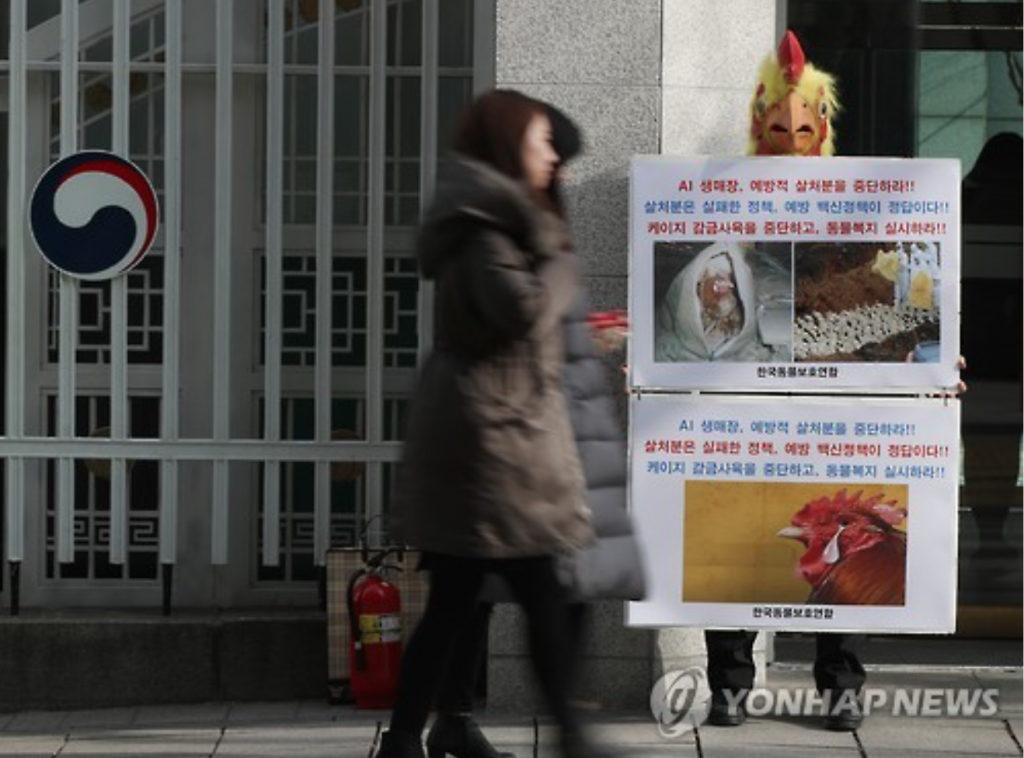 SEOUL, Dec. 30 (Korea Bizwire) – A member of the Korea Association for Animal Protection held a lonely protest in front of the Seoul Government Complex on Friday, demanding that the government stop the mass culling of poultry as a primary AI-preventive measure.

The man, wearing a chicken mask, held a sign that said the government should introduce preventive measures that tackle the fundamental causes of bird flu outbreaks, including mass caged-breeding systems, poor animal welfare, and maintaining a hesitant stance towards AI vaccines.

More than 28.4 million animals had been culled as of Friday afternoon, the largest poultry slaughter in Korean history. 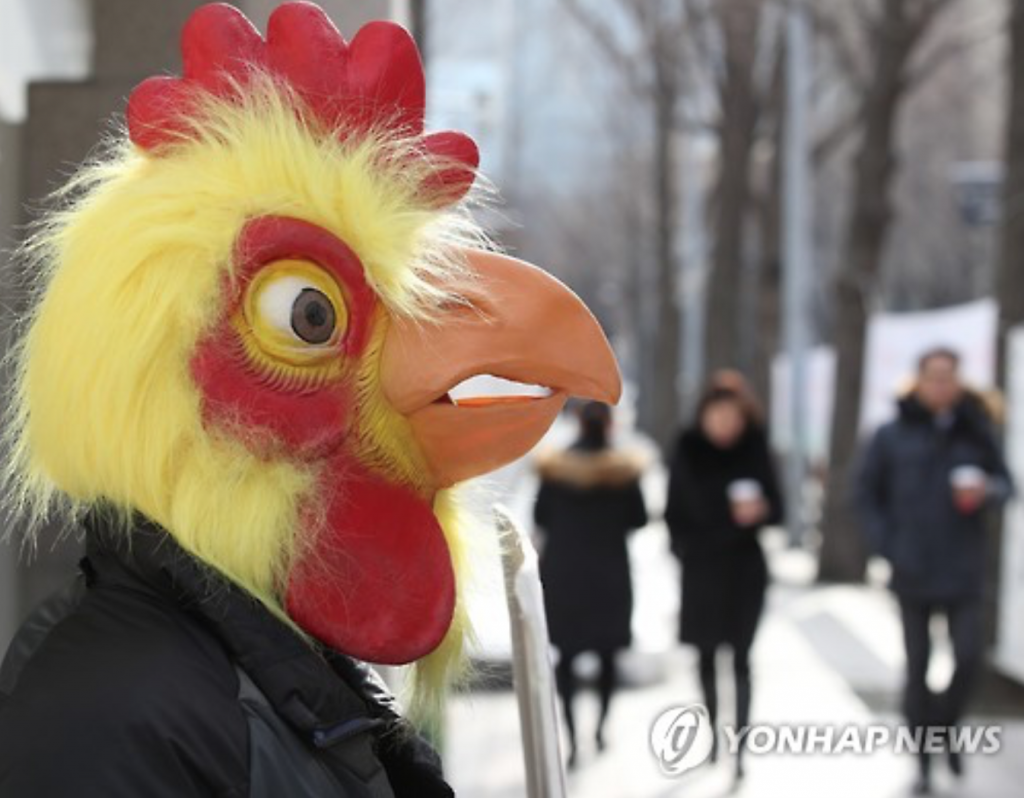 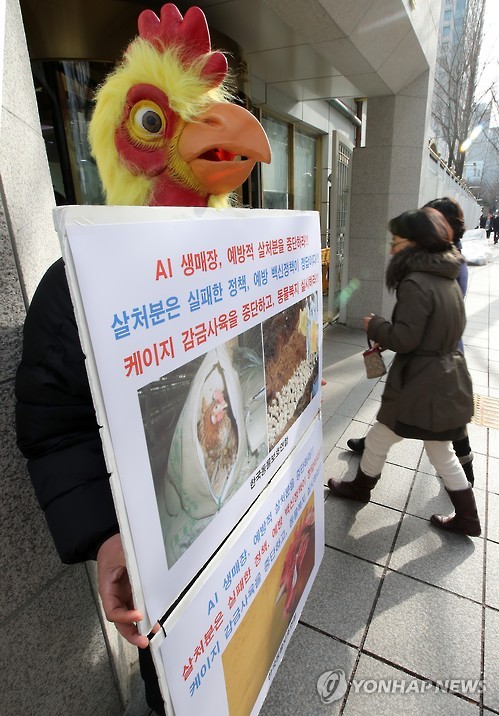