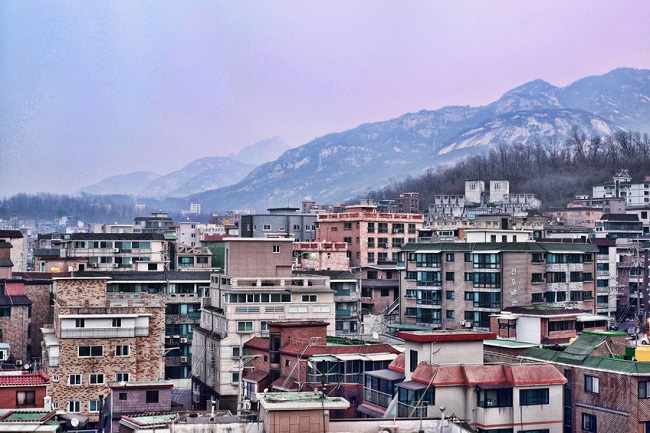 SEOUL, Jun. 22 (Korea Bizwire) — According to the Bank of Korea’s latest report submitted to the National Assembly, overall levels of household debt are on the rise. The report concludes that the two major factors responsible are excessive real estate investment and the aging population.

Almost two thirds of the average Korean’s financial portfolio is composed of real estate, markedly higher in comparison to the portfolios of British, Japanese and American individuals, whose real estate assets account for 47.2 percent, 36.5 percent percent and 30.1 percent, respectively.

Not surprisingly, increased home ownership has led to a burgeoning rental real estate market, although this has put added pressure on household debt. In a mere four years, debt levels of households owning more than one home climbed 26.1 percent.

There is evidence that a specific age demographic is closely connected to rising debt levels. The Bank of Korea’s report states that “an increasing number of real estate buyers aged 35 to 59 are funding their purchases through increased loans, directly impacting the overall levels of household debt.” The baby boomer generation holds an average of 58 million won in household debt compared to 44 million won held by ensuing generations.

Baby boomers also hold more debt due to the tendency to start their own businesses upon retiring. At the end of 2006, there were 2.6 million documented business owners over the age of 50, which rose to almost 3.2 million as of the end of last year.
Additional research data also highlights the growth in elderly business ownership. Although the average age of retirement for men was 51.6 last year, the age when they completely stop working is 72.9.

The necessity for the retired to continue working and consequently increase household debt is explained in the Bank of Korea’s report, which states that that “the current social security system is ill-equipped to handle the rapidly ageing population, further exacerbating the situation.”

The report cautions that “in the mid-to-long term future, there must be regulations passed that will shift the real estate industry’s general mindset equating homes to actual residences rather than mere financial assets”.

Furthermore, it stresses the importance of implementing effective methods of repayment of debt in a strategic manner, particularly for the marginalized members of society.