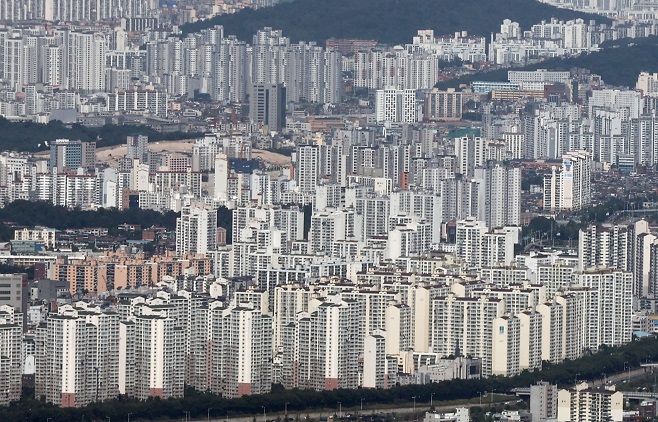 Real Estate R114 made a price comparison of 3,403,812 apartments in the greater Seoul area sorted by floor, which showed that the average apartment price in buildings that are more than 30-stories high was 1.7 billion won (US$1.27 million).

In the greater Seoul region, this trend was most clearly seen in Seoul, which had the highest average price at 2.3 billion won.

“Most high-rise apartments are new, and located near subway stations and other infrastructure, which makes them convenient to live in,” Real Estate R114 said.

“Skyscrapers with more than 30 floors are favored for their views and natural lighting, resulting in higher prices.”

Apartments in buildings with over 30 floors cost 1.19 billion and 901 million won in Gyeonggi Province and the city of Incheon, respectively, the highest in the region.