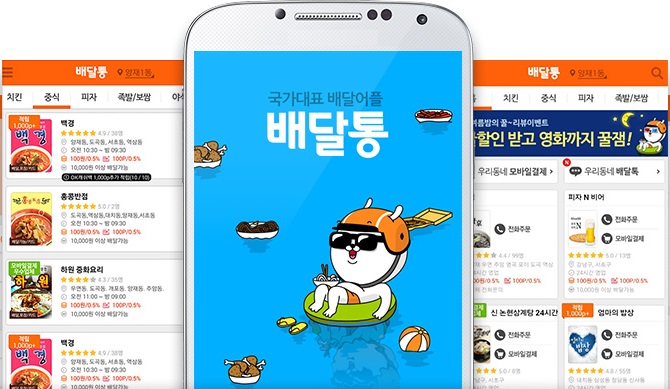 On December 8, Baedaltong announced that it recently accepted an investment of an undisclosed amount from the German firm, which became the largest shareholder. However, it denied rumors that the company had been completely sold to Delivery Hero. (image: Baedaltong)

On December 8, Baedaltong announced that it recently accepted an investment of an undisclosed amount from the German firm, which became the largest shareholder. However, it denied rumors that the company had been completely sold to Delivery Hero.

“It grew 258 percent during the first half of this year in terms of sales, and 53 percent in net profits, without any mass media marketing activities. We hope that the relationship will further increase our mutual cooperation,” he added.

Kim Tae-hoon, CEO of Baedaltong, said, “I’m pleased to have Delivery Hero as the main investor in our company. We will share our passion to offer the best service in the food delivery app market.” The capital infusion from Delivery Hero was the result of Kim’s hard work, which contributed to his selection as CEO of Baedaltong last month.

Baedaltong began its food delivery app service in April 2010, and was the first service provider in Korea. This year, it recorded 11 million accumulated app downloads, reached 200,000 registered businesses and secured the No. 1 re-visitation rate according to Nielsen Korea.

Meanwhile, on industry speculation over a possible merger with Yogiyo, CEO Kim denied the rumor by saying, “Delivery Hero’s investment is irrelevant to Yogiyo. Yogiyo and Baedaltong have different business models and the two companies will be run independently.”

“As a venture promoting sound growth in the food delivery app market, Baedaltong will continue to provide customer-friendly solutions, and share joys and sorrows together with small delivery restaurants,” Kim added.