SEJONG, Jun. 21 (Korea Bizwire) — Sejong City saw thousands of bees swarm one of its streets for more than an hour before a passing beekeeper could lure them back into the beehive.

According to the Sejong Fire Department, a caller to the emergency hotline (119) reported the swarm of bees at an intersection in Jochi-eup in Sejong.

Upon arriving at the site, rescue workers found 2,000 to 3,000 bees flying all around the area.

One rescue worker who was on the scene said that a beekeeper who happened to be passing by helped lure the bees back into a beehive.

According to the beekeeper, the queen bee died on the street and the thousands of bees were attracted outside by the queen bee’s scent.

“When the queen bee was placed into the beehive, all of the bees gathered back inside the hive,” said the beekeeper.

Fortunately, despite surprise at the sight of bees by the thousands, no one was stung or hurt in the incident. 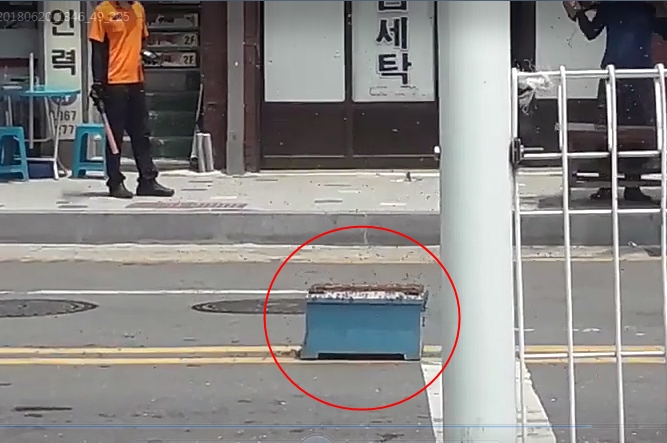