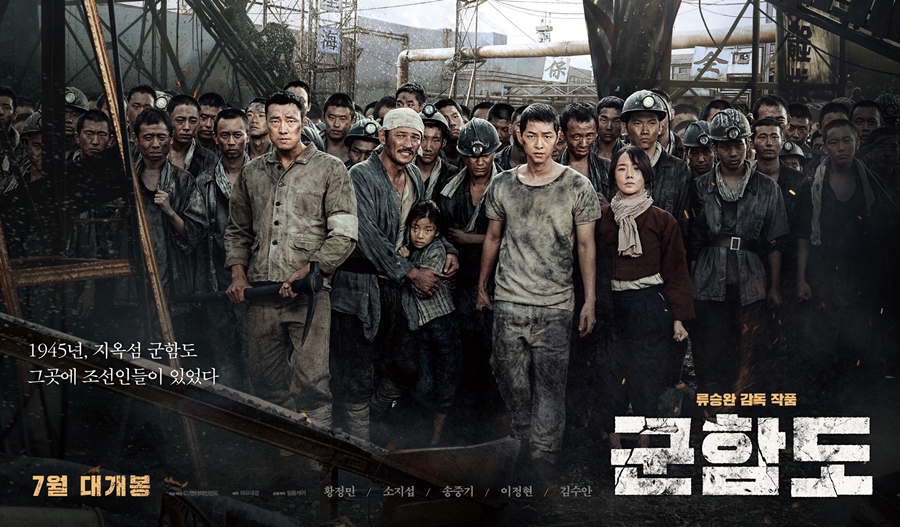 SEOUL, Aug. 2 (Korea Bizwire) — Korean blockbuster “The Battleship Island” has reigned at the box office for seven days since it opened last Wednesday.

But its record-shattering success has rekindled a years-long dispute over big-budget films’ monopoly of screens that stifles competition and impedes diversity.

Directed by Ryoo Seung-wan of “Veteran” and starring Hwang Jung-min, So Ji-sub and Song Joong-ki, the film sheds light on the dark history of Japan’s Hashima Island, where hundreds of Koreans were forced to work as coal miners and sex slaves during World War II, when Korea was a colony of Japan.

The CJ Entertainment film broke the domestic box-office opening record by attracting 971,556 people to 2,027 screens around the country on July 26, according to figures from the Korean Film Council (KOFIC). It has since continued setting new records, hitting the 1 million mark just two days after release, 2 million in three days, 3 million in four days and 4 million in five days. It is expected to pass the 5 million threshold Wednesday, 3 million short of its break-even point of 8 million.

The movie’s success, however, reignited the controversy over screen dominance by big-ticket flicks supported by multi-screen cinema chains run by conglomerates.

The number of screens allocated to “The Battleship Island” on its opening day took up about 80 percent of 2,758 movie screens around the country although the number rises to 5,481 when screens used for alternately showing less popular films are combined. This marked the first time in the country that a movie has been released on more than 2,000 screens.

“It’s crazy. This is madness rather than a monopoly,” Min Byung-hun, a movie director, wrote on his SNS account. “I don’t expect co-existence. But you should at least have a conscience. Shame on you.”

“The whole movie screening schedule is packed with ‘The Battleship Island.’ Isn’t this too much?” a netizen wrote. “Is there any right to choice here? Even if you want to watch other movies, you can’t because they are shown at a limited number of times,” another netizen said.

However, CJ CGV refuted the accusation.

“We are also aware of the problem that too many screens are provided to some popular films,” a CJ official said. “But this is separate from whether a company owns a theater or not.”

He said some blockbusters from Hollywood studios often dominate South Korean theaters without any cinema chains here. For instance, “Avengers: The Age of Ultron” distributed by Walt Disney Company Korea was shown on more than 68.2 percent of screens on April 25, 2015, two days after its release in the country.

Theater chain operators say they should not be blamed for their choice out of economic reasons to provide easy access to the most sought-after titles.

“The Battleship Island” was one of the most anticipated Korean films of the year for its large budget totaling 2.6 billion won (US$2.32 million) and for being Song’s screen returning work following the run-way hit of his military-romance TV series “Descendants of the Sun.” The film’s strong anti-Japanese sentiment has also drawn attention from news media at home and in Japan.

“We basically provide many screens to big-budget films or titles drawing high attention from cinemagoers,” a cinema chain official said, asking not to be named. “Since how well we provide films sought by audiences is the best value in the theater industry, we allocate screens based on demand estimations,” he said. “Some people point out that certain movies are overly supported, but I see it as a phenomenon caused by the people or audiences’ extremely high interest in the film.”

Director Ryoo said he is heavyhearted over the screen monopoly issue although, as a director, he has nothing to do with the movie’s distribution or screening.

“I’m embarrassed and sorry that my film is at the center of the controversy,” he said during a round-table interview with the Korean press, including Yonhap News Agency, on Tuesday.

He raised the need to limit the maximum number of screens available for each movie to ensure diversity of the film industry.

“Even I’m annoyed when I visit a neighborhood cinema only to find that a film that I long wanted to see is not available there. I hope the government would end this needless debate by setting a limitation on films. And if ‘The Battleship Island’ can take a role in this, it would be meaningful.” 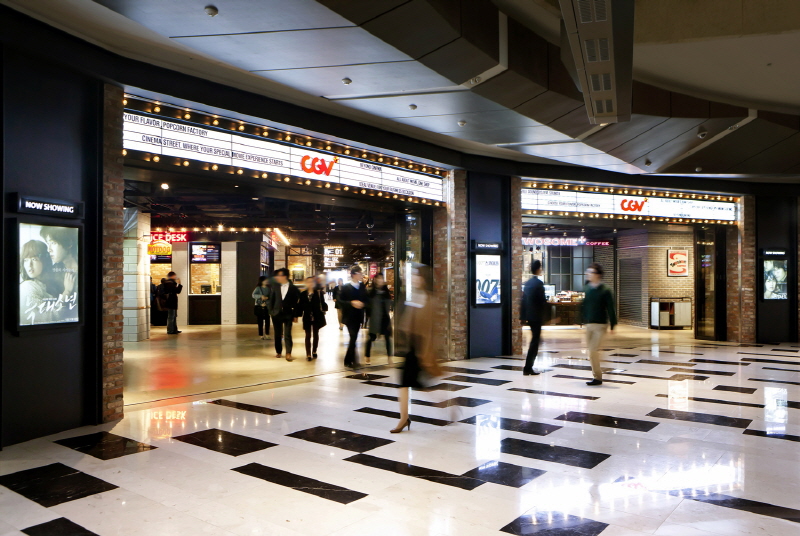 It was released only on 94 screens around the country, as the big three chains boycotted the film’s simultaneous release on Netflix and Korean theaters on June 29. Despite the unfavorable conditions, the Netflix movie had drawn over 300,000 admissions at theaters as of last Thursday.

To prevent further disparity between conglomerate-invested films and films from minor studios, the Ministry of Culture, Sports and Tourism announced on June 30 that it will work out measures to ban conglomerates from dominating screens using their own movie distribution and cinema chain arms.

Details of the ongoing discussions have yet to be known. But industry insiders and experts say that the government is highly likely to introduce a system banning the conglomerates from running both a cinema chain and a movie distributor, and restricting the number of screens that can be allocated to a single film.

The newly appointed Culture Minister Do Jong-whan proposed a relevant bill when he was an opposition legislator last October. If the bill, which is currently pending at the National Assembly, is made into a law, CJ Group and Lotte Group must give up either one of their two movie-related arms. The bill also calls for banning certain films from monopolizing screens and expanding exclusive theaters for art house or indie films.