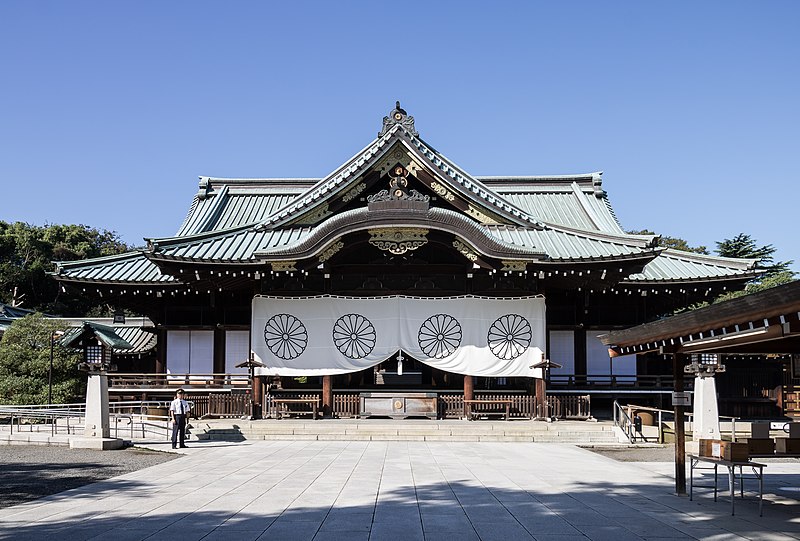 SEOUL, July 2 (Korea Bizwire) – The Yasukuni Shrine, which honors convicted war criminals along with Japan’s war dead, has long been a controversial place for many East Asian people. Visits to the shrine by Japan’s Prime Minister and high-ranking officials might be interpreted as a denial of past history and belittling its neighboring nations.

But what happens when the prestigious Cambridge dictionary depicts Yasukuni shrine as a sacred place that is compatible with the English word ‘enshrine’? When you google the definition of ‘enshrine’, it means to keep in a place that is highly admired and respected.

One day, a job seeker from South Korea happened to discover that the word ‘enshrine’ in the Cambridge dictionary could be used to refer to the Yasukuni Shrine. He then raised the issue via the Sinmungo e-petition system operated by the government in April. 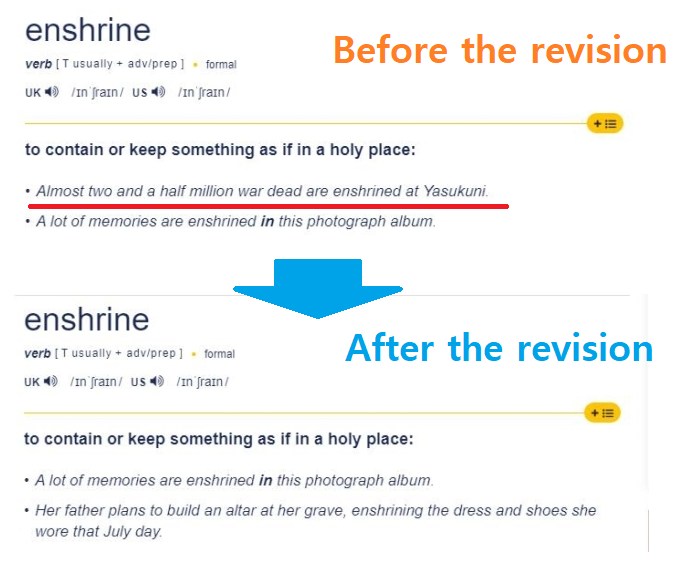 Notified of the fact, the Korean Embassy in the U.K. contacted the Cambridge University Press and requested that controversial parts of the ‘enshrine’ definition be revised.

Now the example sentence regarding ‘enshrine’ has been revised as follows:

“Her father plans to build an altar at her grave, enshrining the dress and shoes she wore that July day.”

Previously, the dictionary allowed the use of enshrine to refer to Yasukuni as follows:
“Almost two and a half million war dead are enshrined at Yasukuni.”

Many will probably ask which is more appropriate as an example definition for ‘enshrine’: The Yasukuni Shrine, which honors war criminals, or a cherished daughter’s dress and shoes?

The steadfast reputation of the Cambridge dictionary will be firmly established for many English-studying Koreans, to say the least. 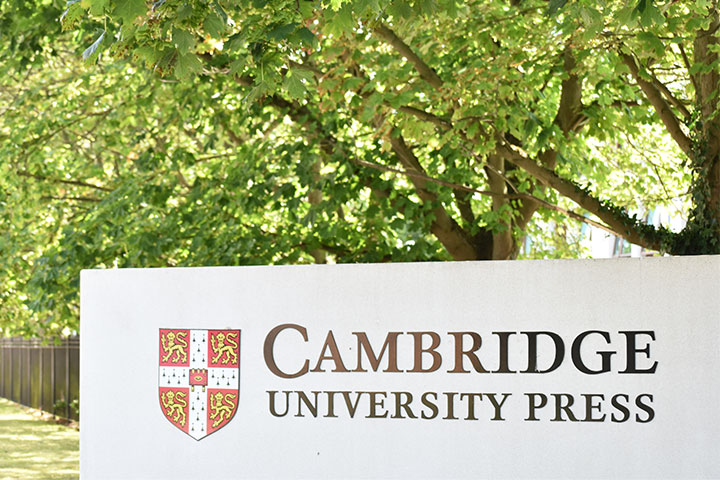