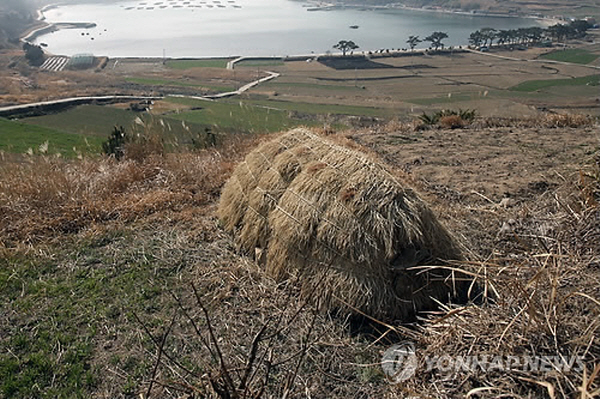 The burial, called ‘Chobun,’ is a tradition of keeping bodies in thatches and burying them after two or three years. (image: Yonhap)

WANDO, Apr. 17 (Korea Bizwire) — The slow city of Cheongsan-do will host a special tourist event demonstrating the island’s indigenous burial rituals on April 18 from 10:00 AM, at the first course of the island’s slow walking route, as a part of its 2015 Cheongsando Slow Walking Festival programs.

The burial, called ‘Chobun,’ is a tradition of keeping bodies in thatches and burying them after two or three years. Similar types of burials can be found on other Korean islands, although the reasoning behind such burials varies from island to island.

Since March, about 30 island residents have been participating in a program to recover the tradition in order to conduct a demonstration for the festival. The 2015 Slow Walking Festival has been going on since the first of April, and will house various experience-based programs until April 30.