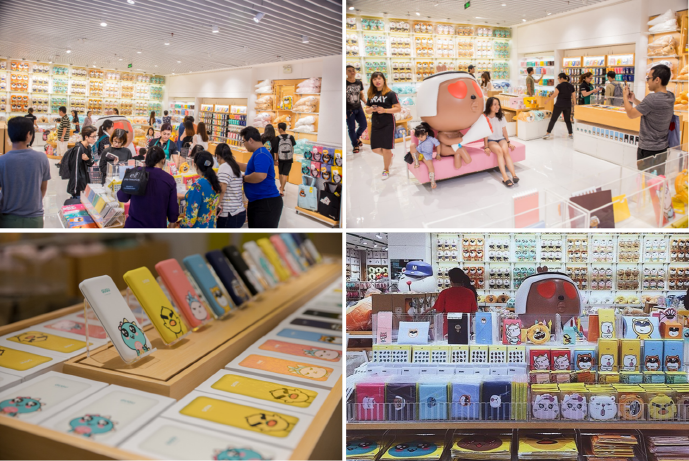 SEOUL, Jul. 16 (Korea Bizwire) — “MUMUSO,” a Chinese retail chain that fronts as a Korean retailer of household goods operating globally in Southeast Asia, the Middle East, South America and Russia has been caught in a crackdown by Vietnamese authorities.

The chain has a total of 27 stores in Vietnam including those in the nation’s larger cities like Hanoi and Ho Chi Minh. Korean pop music is played throughout the stores, where Chinese-made products that feature poorly written Korean text are on display.

Analysts say the Chinese retailer is employing a strategy that attempts to profit from utilizing the popularity of Korean products while bypassing the anti-Chinese sentiment that is deeply rooted in Vietnamese society.

According to local media reports, a survey by Vietnam’s Ministry of Industry and Trade of MUMUSO’s products saw that 99.3 percent of the retailer’s 2,273 products sold at its Vietnamese stores had been imported from China.

None of its products had been imported from South Korea.

The Ministry of Industry and Trade in Vietnam said it found traces of legal infringement on MUMUSO’s part, as the company had provided wrongful or inaccurate information to its customers.

Moreover, by incorporating the word “Korea” into its signage and products, the retailer may be on the brink of breaking competition laws by leading consumers to believe MUMUSO is a Korean brand.

The retailer was also found to have gone against regulations on product labeling as import documentation did not match product descriptions indicated in product manuals.

The Vietnamese government has ordered that two types of cosmetics products that had different ingredients indicated in their main and secondary manuals be pulled from its stores, while commissioning an analysis of components for six types of cosmetic products.

MUMUSO was also exposed for having carried out unlawful practices by not providing accurate product information on its website and failing to register its stores with the government.

Ministry officials said they would take approximate measures to crack down on such practices by creating a joint team composed of officials from the Ministry of Health and market regulators from Hanoi and Ho Chi Minh City.