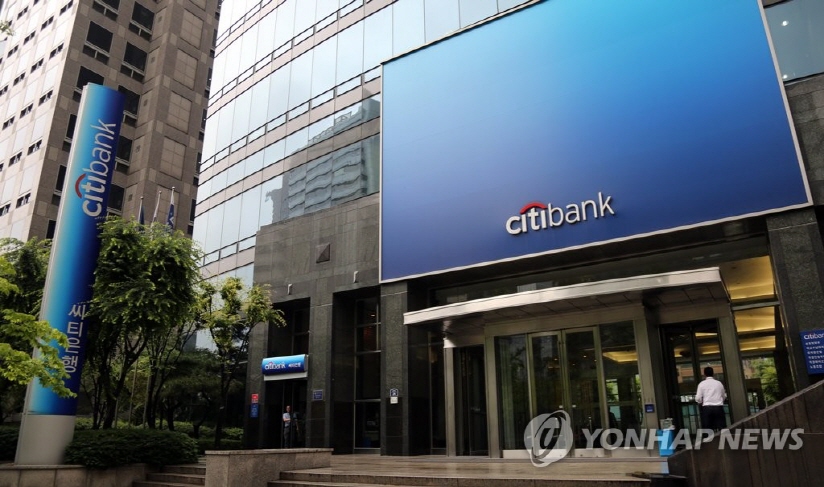 SEOUL, Jul. 7 (Korea Bizwire) — Citibank Korea, the South Korean unit of Citigroup Inc., began shutting down five physical branches in the country Friday, as part of its plan to reorganize its operations, according to an industry source.

Citibank has said it will drastically cut the number of its physical branches to 25 from 126 but claimed that it will not lay off employees.

Five branches of Citibank in Seoul and Gyeonggi Province were being shut down Friday and 30 more branches will be closed by the end of this month.

An unspecified number of staff members at the five branches facing closures will be relocated to the bank’s headquarters or other operational centers.

The move has been criticized by the labor union of Citibank Korea and some politicians for leaving customers without easy access to key financial services.

In April, Brendan Carney, head of the consumer business at Citibank Korea, said in a statement that, “We don’t have a plan for personnel downsizing during the process of implementing the next-generation consumer financial strategies.”

Citibank Korea recently opened a center that provides financial services via the Internet or by phone.

Financial authorities made an on-site inspection of the five branches of Citibank Korea to check whether the branch closures are causing inconvenience to customers.

The inspection was also aimed at checking whether the lender took measures to minimize inconvenience the closures could cause, said an official at the Financial Services Commission.

By the end of October, Citibank Korea plans to complete the shutdown of 101 branches.

If the closures go forward as planned, there will be no physical branches of Citibank Korea in the South Chungcheong, North Chungcheong, South Gyeongnam and Jeju provinces.