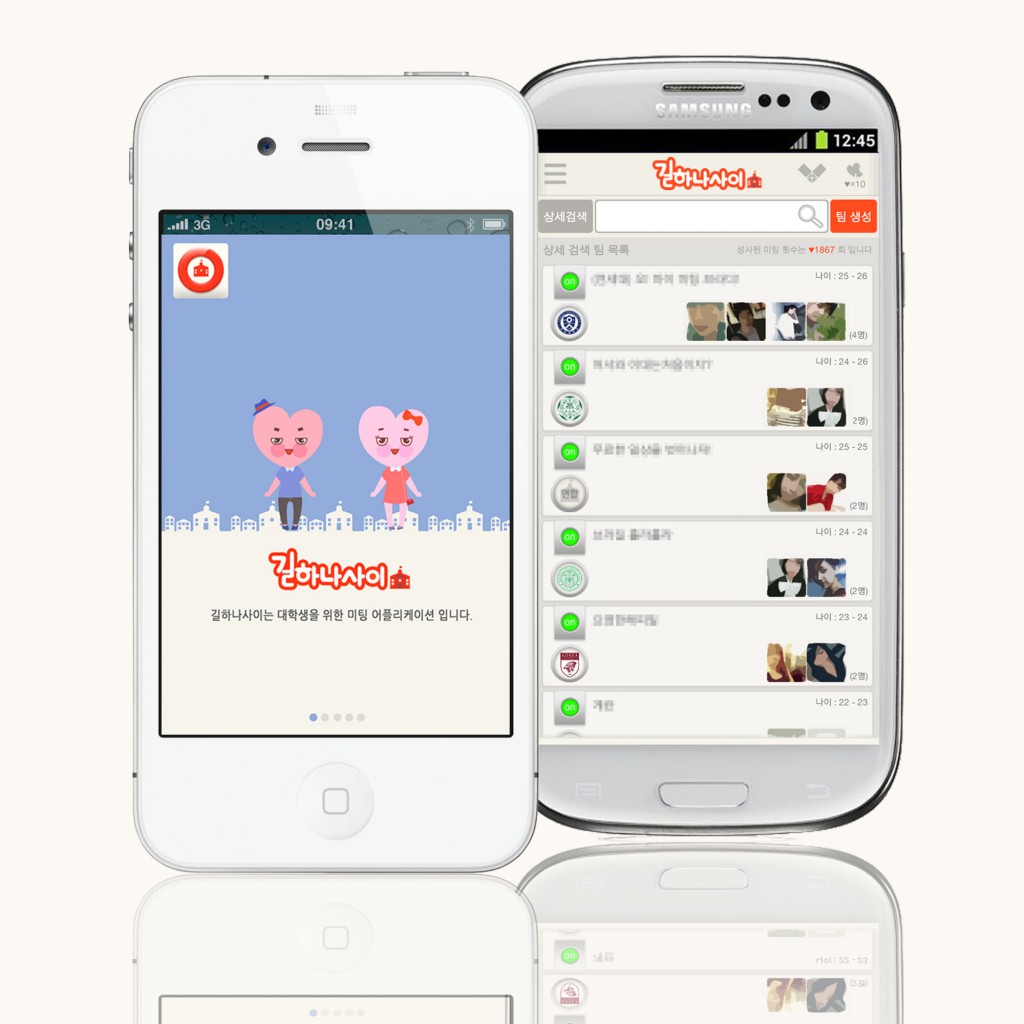 The app requires verification of enrollment upon registration, giving an added protection to women users from a barrage of rude, unsolicited messages. (image credit: www.gilhanasai.com)

SEOUL, South Korea, Sept 04 (Korea Bizwire) – A new dating app is out for those young college students fed up with social dating services not up to their expectations. Created by students of Yonsei and Ewha Woman’s universities themselves, the app “Gil Hana Sai” (meaning “Just Across the Street”) requires verification of enrollment upon registration, giving an added protection to women users from a barrage of rude, unsolicited messages.

Kim Byeong-hoon, a co-founder of the service, said, “The reasons we ask for proof of enrollment are two-fold: one is we wanted to make the app a service exclusively for college students and the other is we wanted to make sure there is no room for commercial and sexually explicit content in this.”

Maybe because of this, the users on the Just Across the Street app have been far more courteous with each other, logging in only two complaints for the first four months since launch. The app began with a service for students in four universities in Seoul’s Shinchon area where Yonsei, Ewha Woman’s, Sogang, and Hongik universities are located. After getting rave reviews from users, it is currently expanding its membership eligibility to those attending 25 universities within Seoul.

This is a uniquely Korean phenomenon as the students attending universities within Seoul, who are considered top 5 percent of the pack, feel exclusive enough from the membership restriction.

Another reason for the app’s success may have to do with its simulation game-like setting. For example, a college student sees his ideal type in a cafe. He can poke her, unlike in a real-life setting where he gives up on talking to her for fear of rejection. Thanks to this simulation feature that allows users to initiate talk easily, the app has produced more than 3,500 successful matches for the past four months.

The Just Across the Street app support both iPhone and Android smartphones. For further information, visit the website at www.gilhanasai.com or Facebook page (www.facebook.com/gil.hana.sai).