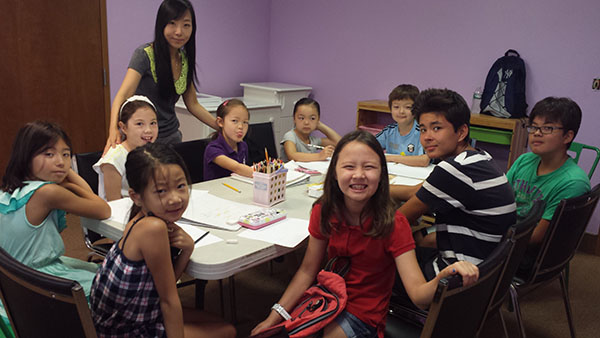 Driven by the Korean Wave or Hallyu, the demand for learning Korean culture and language is one the rise. (image: Korean Education Center in New York)

SEOUL, Sept. 11 (Korea Bizwire) – Learning Korean craze expands across America. According to the Korean Education Center (KEC) in New York, which opened the Korean Language Institutes during the weekend across America starting September 6, a rising number of U.S. citizens have enrolled in the weekend classes to learn more about Korea. The weekend courses are available in mostly eastern parts of the U.S. including New York, New Jersey and Connecticut.

Driven by the Korean Wave or Hallyu, the demand for learning Korean culture and language is one the rise. Considering the keen interest in “Korean things,” the Korean Language Institute will offer learners several courses about Korean language and culture at the core program in the weekend class.

Available in some designated public schools, the Korean language programs will be offered for 3~4 hours per week which runs for 12~15 weeks for a semester. After two semesters, which go on until June of the following year, students can complete the curriculum.

According to an official at the center, “Many locals stand in a long queue waiting to enroll in the program. The growing popularity in Korean language is largely driven by the K-wave.” There are approximately 2,000 Korean schools to this end across the world.

One thought on “Craze for Learning Korean Language across America”