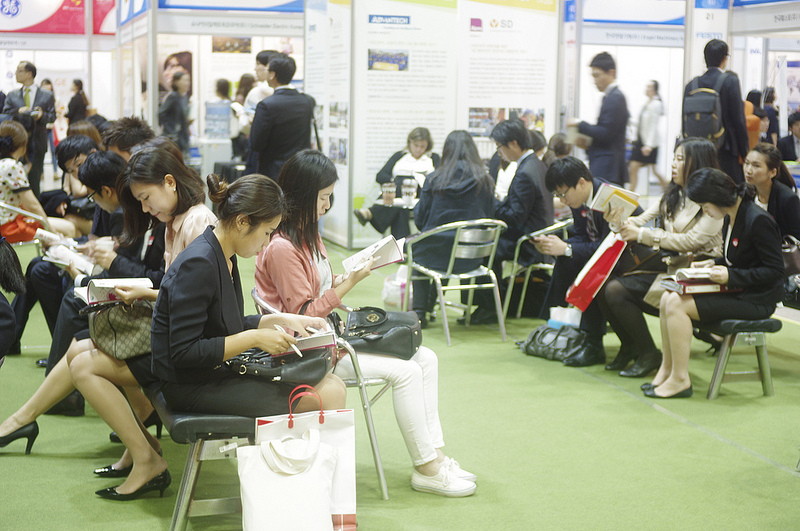 More than a half of respondents (55.0%) said their company’s hiring process is rather simple and unscientific. (image: hwayoung@serblog.kr/flickr)

SEOUL, May 9 (Korea Bizwire) – It turns out that a large number of corporate officials, who have participated as examining panels in recruiting process including document screenings and interviews, are not satisfied with their company’s hiring system.

According to a survey of 235 business officials, who have taken part in the hiring process, conducted by Korean recruiting website JobKorea, 42.5 percent, equivalent to four out of ten companies, said “No” to the question, “Is your company’s verification method sufficient for recruiting qualified job applicants?”

More than a half of respondents (55.0%) said their company’s hiring process is rather simple and unscientific. Many have criticized that a lot of examiners in charge of evaluating prospect employees lacked professional knowledge and experience regarding recruitment (26.0%), relying on their guts.

The corporations’ major concerns regarding the qualities of prospect employees included: interest in the work and professionalism (57.4%), integrity and sense of responsibility (54.0%), loyalty and passion for the position in the company (35.3%) and sociability (31.5%).

Many officials thought the best ways to identify such qualities are conducting interviews two to three times prior to hiring an employee (34.0%) and making multiple people review the prospect’s resume (28.5%). The number of businesses which consider mandatory internship (6.4%) aptitude tests and reviewing portfolios (5.5%) as the most effective ways to examine the prospects was relatively small.

A JobKorea official said, “It is difficult to identify whether prospective employees are qualified or not by reviewing their resumes only; therefore, employers should arrange two to three sessions of in-depth job interviews prior to hiring one.”

The examiners and interviewers should also be aware of proper ways to conduct interviews and evaluation through training prior to taking part in the recruiting process, the official pointed out.