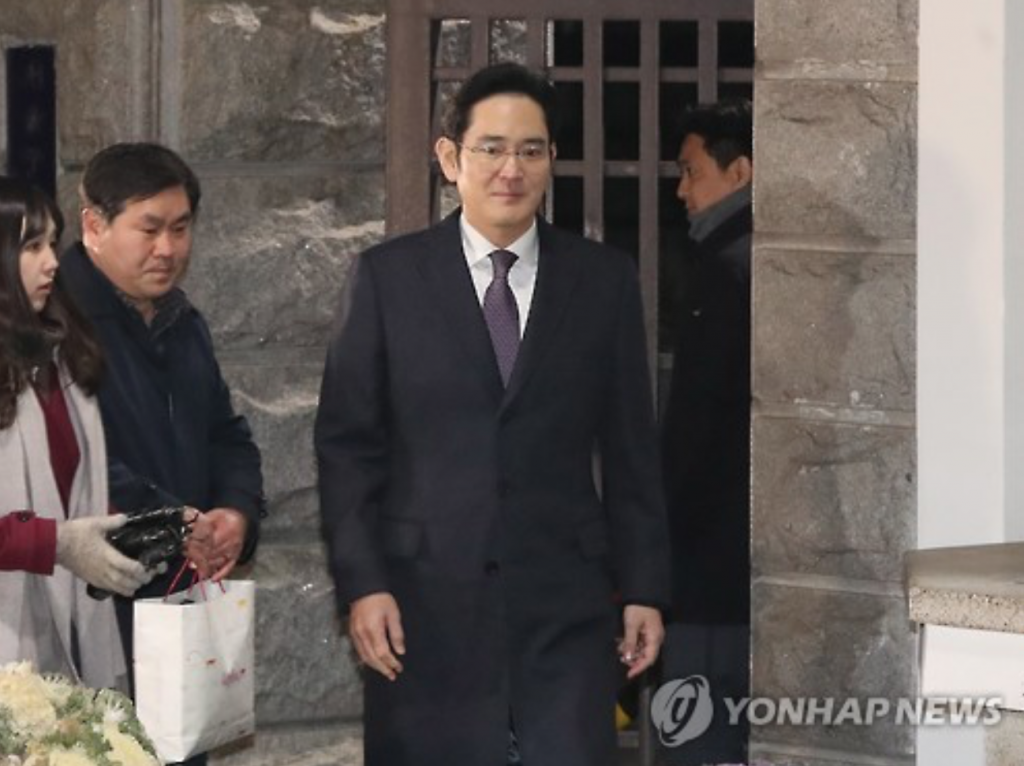 But the news has now given courage to other conglomerates to finally express their desire that the prosecutors focus on what they believe is the more important matter at hand – proving the relationship between President Park Geun-hye and her confidante Choi Soon-sil, and the validity of the influence-peddling accusations.

Almost two dozen conglomerates, including Samsung, SK, Lotte, and Hyundai to name a few, have made contributions to foundations controlled by Choi, leading to allegations that their donations were a form of bribery.

The special prosecutors launched their investigation last month targeting specifically Samsung, with a search and seizure of some ten organizations including the National Pension Service, to track down whether the controversial merger of two Samsung affiliates – Samsung C&T and Cheil Industries – was in any way related to Samsung’s contributions to Choi’s organizations and her daughter Chung Yoo-ra.

A handful of Samsung executives were summoned for questioning, including Lee himself, who was interrogated for almost 24 hours on January 12.

The scrutiny was the worst thing to happen to the richest Korean chaebol in the new year. Several major plans were either canceled or put on hold indefinitely, while Samsung’s acquisition process of Harman was also put in danger. The apparent heir to the Samsung empire was embarrassed in front of the whole world, walking in and out of the Seoul detention center.

Yet, the court ruled in favor of Lee, leaving Samsung safe for now, and the decision is likely to hinder further probes from the special prosecution team, which has a limited investigation period of 70 days that wraps up on February 28. Although prosecutors can seek to extend the period by 30 days, they would need special approval from acting president Hwang Kyo-ahn.

This was good news for other conglomerates that would have faced a similar fate if the arrest warrant for Lee was approved, and they’re now carefully criticizing the prosecutors saying that they “went too far” in trying to charge all conglomerates that made donations to Choi’s organizations with bribery.

An unnamed official from one of the top ten conglomerates in Korea said, “the special prosecution went overboard with its investigation, and the public now believes that the focus of the probe is to have the heads of major businesses imprisoned, not the actuality of the influence-peddling scandal.”

“They’ve put the cart before the horse,” the official said.

Another official from a different chaebol group made a similar remark, saying that the prosecutors put on a “publicity stunt” by bowing too much to public sentiment instead of spearheading an objective investigation based on legal principals.

Nonetheless, prosecutors said that they will continue the investigation of other conglomerates, including SK, Lotte, and CJ, regardless of the latest legal setback, adding that donations to Mir and K-Sports foundations (operated by Choi) could be seen as bribery.

However, there are also voices of concern even from legal circles that the prosecutors may be overstating the situation by deeming all donations as bribery just because favorable business circumstances followed.

“They’re going to need physical evidence and testimony that could prove a logical relationship,” a lawyer said from an unnamed law firm.