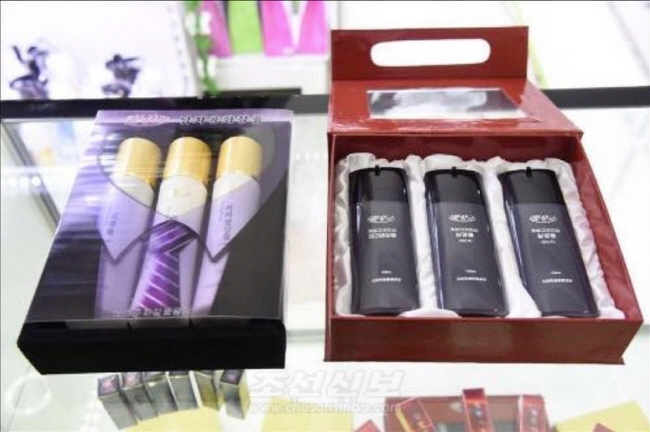 “As soon as the store opens, people rush in looking for ‘Bomhyangki (Spring Fragrance)’, a series of cosmetic products very popular these days not just among women, but also men,” said Kim Un-ok, a salesperson at Pyongyang Department Store No. 1 in an interview with Chosun Sinbo.

Choson Sinbo reported that Bomhyangki foundation, lip stick, mascara, eyeliner, and eyebrow pencils are among the most popular products in the company’s lineup.

The Shinuiju Cosmetics Factory is North Korea’s very first and largest cosmetic manufacturer and was established in 1949.

North Korean leader Kim Jong-un, during his visit to the factory last June, asked the workers to strive “to go beyond successful performance.”