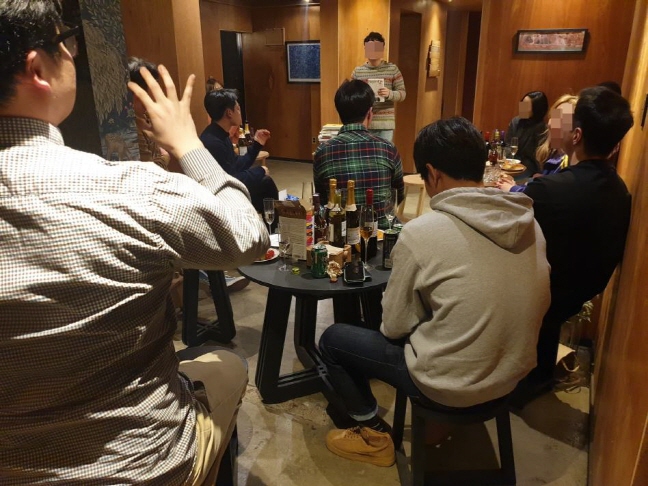 This new trend can be interpreted as the result of a ‘work-life balance’ culture, which seeks to balance work and life, with a 52-hour week system and other time-saving measures. (Yonhap)

Small parties are not grand parties with fancy decorations or food, but a gathering of friends and acquaintances who get together to celebrate the life of the world.

Most of the people at the party see each other for the first time, but they quickly become ‘best friends’ by participating in games after introducing themselves while exchanging books they have brought.

The key is to hold various types of parties in person at a small cost, which some call a ‘simple Gatsby’ party culture.

They prepare places and food at a much lower price than the character from the novel “The Great Gatsby,” who hosts a spectacular party at his mansion every night, but the charm of bringing people together remains the same.

This new trend can be interpreted as the result of a ‘work-life balance’ culture, which seeks to balance work and life, with a 52-hour week system and other time-saving measures.

There are various themes to these parties. Some rent out cafes, restaurants and party rooms to share drinks and food, while others feature games from entertainment programs.

In addition, there is a party where participants watch books and movies, and share thoughts.

Last Friday, a party was held at a cafe in Seodaemun Dictrict, Seoul, hosted by the recently employed Kim Chul-woo, 32.

Kim said it is fun to introduce acquaintances to each other and create opportunities to meet new people.

“It seems like workers are having fun hanging out because there are so many people watching YouTube videos or looking at their cell phones after work,” he said.

“If you look at social media, you can see the spread of the culture of holding various parties, including birthdays, among young people,” said Koo Jeong-woo, a sociology professor at Sungkyunkwan University.

“The introduction of the 52-hour workweek system gives you time to spare and can also be interpreted as a cross-section of a digital generation with thirst for human contact.”

“Although they are social relationships, they are purpose-based groups that are qualitatively different from past gatherings that were based on relationships such as school ties and regionalism,” Koo said, adding that although there is a great deal of stress objectively, such as employment, turnover and housing prices, it can be seen as an ironic situation that an ‘everyday party’ is observed.