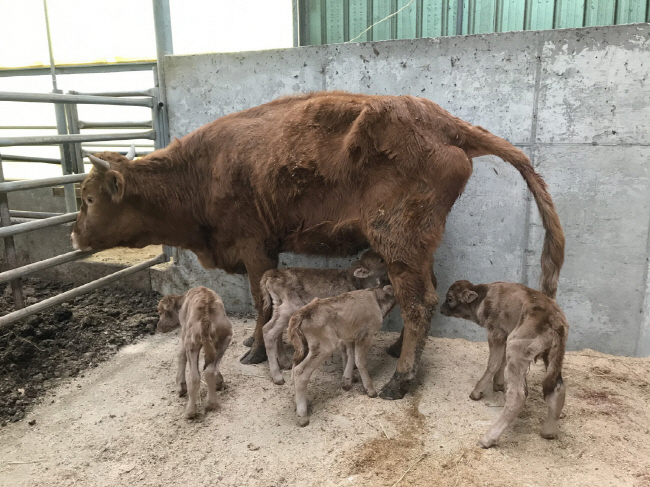 The cow gave birth to two female and two male calves last Friday. The calves were born earlier than the originally expected due date, Mar. 5. The mother is a 25-month old cow that gave birth for the first time.

The owner initially believed that the cow was pregnant with one calf as it seemed to be less bloated. The mother cow shared food with other cows, and the owner did nothing in particular to induce the birth of so many calves.

“There is a less than 1 percent chance for Korean cows to give birth to twins. Giving birth to quadruplets is even rarer,” said a city official.