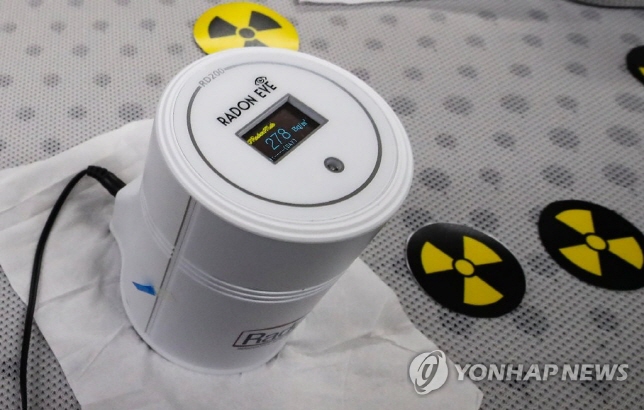 DAEGU, Aug. 17 (Korea Bizwire) — The city government of Daegu has decided to loan radon detectors to its citizens in order to assuage fears stemming from high levels of radon found in mattresses currently sold in the market.

The municipality of Daegu has already procured 50 radon detectors and will be lending them out to the public as of August 20.

Residents can call their local ward offices to apply over the phone, after which they will be allotted a time slot for the loan.

For a fee of 1,000 won, people can borrow the radon detectors overnight.

Radon is emitted into the air when uranium and thorium existing in rocks and soil disintegrate.

Odorless, colorless and flavorless, radon was cited by the World Health Organization as being the second-biggest contributor to lung cancer after smoking.

In order to correctly measure radon levels, people must stand more than 50 centimeters away from walls or ceilings and should avoid being near windows and electronic products.

The radon detecting devices indicate radon levels at 10-minute intervals. To get an accurate reading, users must take measurements for more than one hour.

Daegu officials will also be distributing 10,000 promotional leaflets on radon in order to raise awareness on the issue.

Ha Jong-seon, the Daegu official overlooking the city’s environmental policies, said that the rental service will continue until residents’ fears of radon were alleviated.

“We are also planning to rent out devices that can detect fine dust levels and other air pollutants indoors,” said Ha.