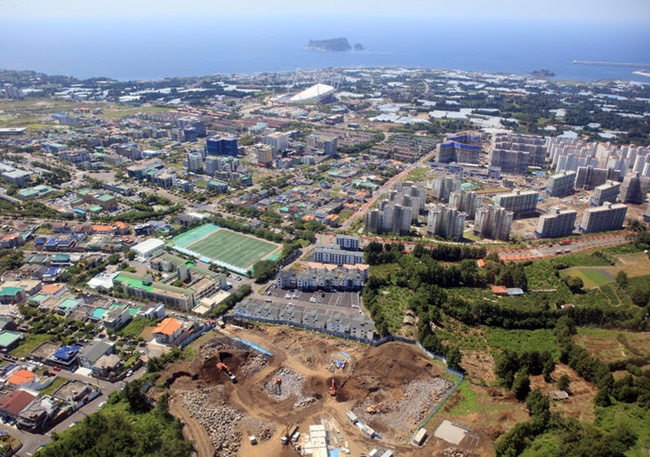 The Daegu Government’s ‘Find Your Ancestors’ Land’ service is proving to be a success, with over 4,200 people in Daegu alone unexpectedly finding land that belonged to their ancestors. (Image: Yonhap)

DAEGU, Sept. 29 (Korea Bizwire) – More and more people are interested in finding out whether their ancestors have left land or homes under their name, as a growing number of people have found unexpected land that belongs to their ancestors that was unknown to them previously.

The Daegu Government’s ‘Find Your Ancestors’ Land’ service is proving to be a success, with over 4,200 people in Daegu alone unexpectedly finding land that belonged to their ancestors.

Choi, who lives in Buk District in Daegu, was extremely happy to find out that there was land that belongs to one of his ancestors, after using a private land ownership tracking service based on what his father had said before.

“I didn’t have many expectations but…I just want to thank my ancestors,” Choi said in excitement.

Choi’s is not the only surprising discovery of land owned by ancestors, as over 4,252 people in Daegu alone were happy to find out that there was land owned by their ancestors that they were unaware of.

Given the number of people who used the service was 15,057, nearly 30 percent were lucky enough to find unexpected assets, with some describing the experience as similar to winning the lottery.

The size of all land found to have been owned by now deceased ancestors is estimated to be around 18.200 square kilometers, which is bigger than the size of Seo or Nam District in Daegu, which are 17.35 and 17.44 square meters, respectively.

According to the Daegu government, it takes only between three to five minutes for people to find out whether their ancestors owned land in most cases.

Even in complicated cases where applicants are asked to prove family relations, it will not take more than 40 minutes.

If the land owner died before 1960, the land automatically goes to those whom South Korea considers the ‘head of the family’, who is usually the son. However, if the owner of the land died after 1960, either their partner or their children will be the first in line to inherit the land, as long as the applicants can provide sufficient documents to prove their family relations.

“Each year, cases of people finding their ancestor’s land are reported. Speaking to relatives about ancestors during Chuseok holiday, you might be lucky enough to find something, too,” Kim Gwang-cheol, a Daegu government official, said.