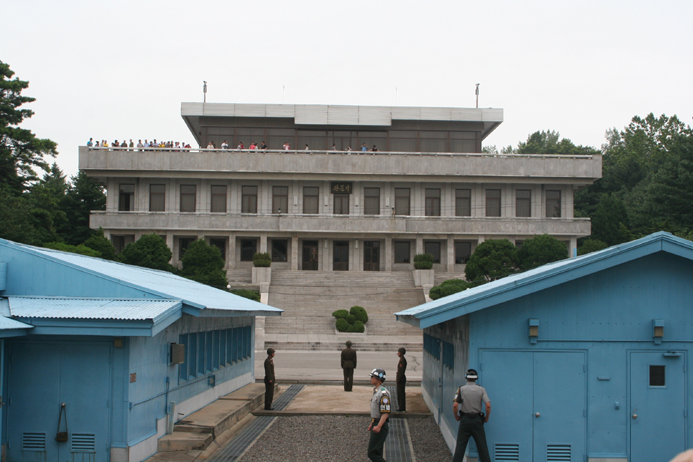 In contrast to the shrunk tourism industry following the capsized ferry accident, the security tourism attracted many more foreign tourists who want to experience the unique situation of Korea as a divided country. (image: Cosmojin)

SEOUL, June 25 (Korea Bizwire) – According to a recent survey, the number of foreign tourists visiting the demilitarized zone (DMZ) continues to rise annually and ‘security-zone’ themed tourism sees a steady growth despite the fact that the recent gun shooting accident in an outpost in the DMZ has sparked renewed worries about traveling around the area .

Cosmojin, a travel agency exclusively for foreign tourists, announced that the number of foreign tourists who traveled or booked to the DMZ and other security-related tourist destinations during the period of January 1 to June 15 this year rose 33 percent on-year and during June alone, the month of the fallen patriots and veterans, it increased 58 percent over the previous month.

In contrast to the shrunk tourism industry following the capsized ferry accident, the security tourism attracted many more foreign tourists who want to experience the unique situation of Korea as a divided country.

Especially, the DMZ tour gained more popularity after U.S. President Barack Obama who visited Korea to attend the Seoul Nuclear Security Summit held last March dropped at the DMZ as his first leg of the tour in Korea.

Among the security tourism offerings of Cosmijin, foreigners preferred DMZ sightseeing the most and some 7.5 million Koreans and foreigners visited the place last year. The DMZ has divided the Korean Peninsula since the end of the Korean War in 1953 through its buffer zone.

Recently, Gyeonggi Province which borders with North Korea through the DMZ is propelling the integrated development project for Imjingak Peace Park where tourists can experience the security situation, ecology, culture and arts of the DMZ to promote the increased demand on security tourism.

Also, the province began offering various tour products like Trans-DMZ Tour traveling across the whole section of the 248 kilometers of DMZ from the east coast city of Goseong to Paju in the west and DMZ Train, the only train running inside the Civilian Control Line. Especially, the DMZ Train which began operation on May 4 this year attracted more than 10,000 passengers just in a month.

An official at Cosmojin said, “The harsh situation as the only divided country in the world ironically attracted foreigners and the DMZ lies in the center of their attention. To keep the pace with increasing tourists, we need to offer various tourism products not just for sightseeing opportunities but for understanding and experiencing the local situation as a divided country and our culture.”