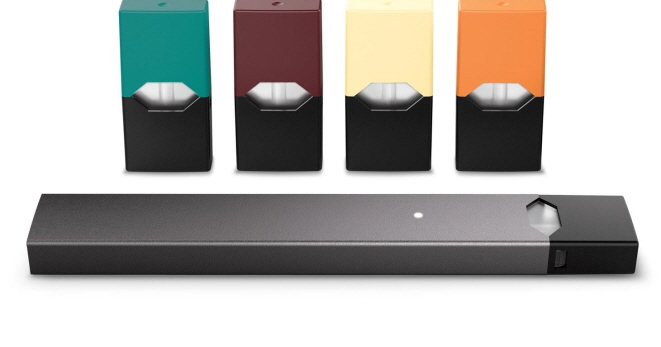 The Juul has become the most popular e-cigarette in the United States. (image: Juul Labs Inc.)

SEOUL, May 24 (Korea Bizwire) — Concerns are spreading that smoking among young people will increase as Juul, the No. 1 liquid tobacco brand in the U.S., is set to officially launch in South Korea on Thursday.

The Juul, which was released in the U.S. in 2015 and sold in Canada, Britain, Spain, France and Germany, has also been cited as the “main source” for the expansion of youth smoking in the U.S.

The fact that it looks like a USB memory stick at first glance, making it difficult to tell if it is a cigarette, has contributed to the popularity. Less cigarette smell is another reason to encourage smoking among teenagers.

The new term “Juuling” has emerged in the U.S. and has become a social issue as more and more teenagers enjoy e-cigarettes through Juul.

South Korean parents are worried that a similar issue may be repeated in South Korea. Parents are concerned that because e-cigarettes do not smell or make smoke teenagers will start to smoke.

They are also concerned that there is less risk of being caught by their parents or at school because of the characteristics of the e-cigarette.

According to authorities, teenagers who actually smoke, as well as those who never smoked, have been interested in Juul.

Teenagers who have not smoked before might be intrigued by the attractive design. Teenagers who smoke will likely buy Juul because it looks cute and has a similar appearance to a USB thumb drive.

Launching Juul is raising further concerns in line with the recent rebound in youth smoking rates, which have been falling.

The current usage rate of e-cigarettes by teenagers also dropped from 5 percent in 2014 to 2.2 percent in 2017, but rebounded to 2.7 percent last year.

An official at the Korea Health Promotion Institute reported that because Juul is not expensive and looks like a USB drive, teenagers can more freely access Juul as their teachers or parents are not familiar with it.

The institute plans to intensively crack down on this year`s tobacco sales to teenagers in convenience stores. It will also cooperate with local governments to create leaflets that inform parents or schools about the new Juul products.