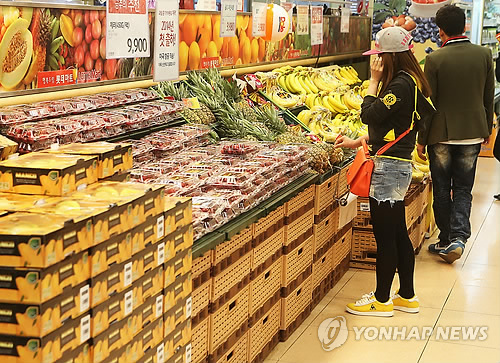 Due to the prolonged economic slump, members of the middle and lower classes have been reluctant to open their wallets, which has directly affected the sales of big box retailers in urban areas. (image: Yonhap)

SEOUL, April 9 (Korea Bizwire) – The deepening economic stagnation has clearly shown the disparity between consumption patterns. As expenditures from the middle and lower classes decrease, retailers are targeting the upper class to attract more spending.

Due to the prolonged economic slump, members of the middle and lower classes have been reluctant to open their wallets, which has directly affected the sales of big box retailers in urban areas.

For example, Lotte Mart’s sales from January to March this year fell 3 percent compared to the same period last year. Clothing sales were down 8 percent. Homeplus recorded negative growth (-0.9%) in the first quarter, while E-Mart showed a 0.8 percent increase.

A Lotte Mart official said, “We sharply reduced the price of milk, a representative daily grocery product, but it was fruitless. The drop in sales of ordinary daily products stands out more than other luxurious items like imported spices and special vegetables.”

However, items favored by upper class are not affected by the recession. Rather, their sales are booming.

Luxury product sales at Lotte Department Store during the first quarter increased 8 to 15 percent year on year, even though overall sales remained flat.

In addition to luxury products, premium or expensive products and services have also seen an increase in sales. For example, the strawberry dessert buffets introduced by five-star hotels in Seoul last February and March attracted many high-income guests. Although the buffets’ prices ranged from 40,000 won to 50,000 won (US$36.60 to $45.80), visitors had to wait to two or three weeks to reserve tables.

An industry official said, “Although the economy is slowing, sales of expensive products including imported cars are increasing. This shows the widening gap between rich and poor consumers. Under these circumstances, retailers have no choice but to offer noblesse marketing to satisfy their wealthy customers.”