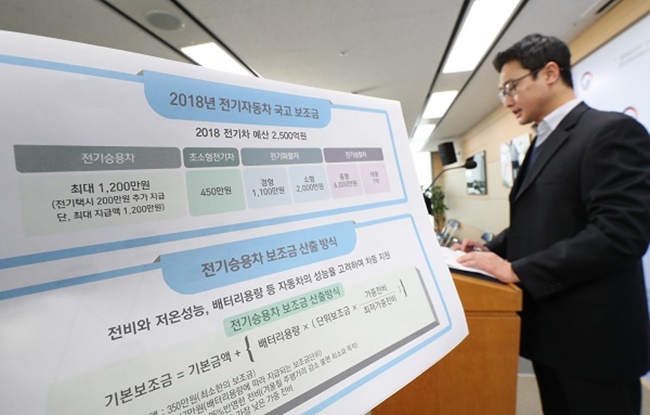 Changes are coming to the electric car market, as the Ministry of Environment said on Wednesday that electric car buyers will receive different government subsidies depending on the vehicle’s battery capacity, ranging from a minimum of 10.17 million won to 12 million won.

Previously, all consumers who purchased an electric vehicle received 14 million won in subsidies, as part of the South Korean government’s effort to encourage the use of renewable energy.

This year however, the environment ministry is set to spend a total of 240 billion won for 20,000 electric vehicles, which will be distributed in line with each model’s energy capacity.

For instance, maximum subsidies will be given to purchasers of Tesla’s Model S 75D, 90D, and 100D, as well as the Hyundai Kona, Kia Niro, and GM’s Chevrolet Bolt EV.

In the meantime, Renault Samsung’s SM3 Z and E series will receive the minimum amount.

Municipal governments, however, will continue providing 6 million won in subsidies on average to car buyers regardless of the model, bringing the total amount to between 16 million and 18 million won.

Irrespective of subsidies offered by individual cities, up to 500 buyers can apply for government subsidies through the Korea Environment Corporation, without having to live in the regions where electric cars are subsidized. 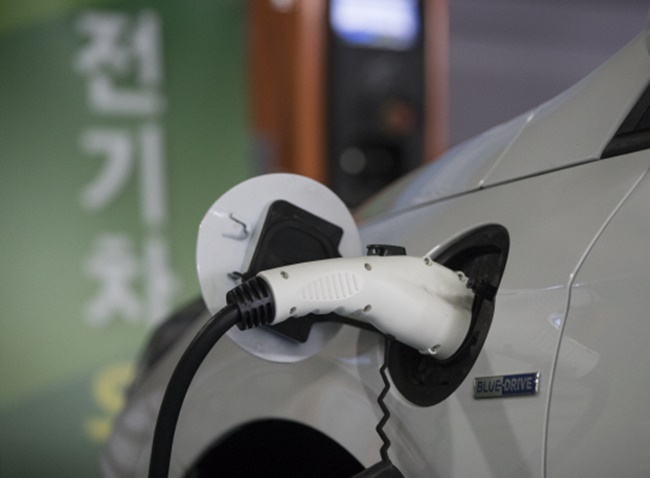 The South Korean government is tightening standards for electric car subsidies, with stringent guidelines based on battery life and environment-friendliness entering effect this year. (Image: Yonhap)

As part of efforts to tackle air pollution, electric taxis, trucks and buses will enjoy 12 million won in subsidies this year, with taxis receiving an additional 2 million won.

Vehicles used in the shipping industry, such as trucks with a cargo capacity of one ton, will receive 20 million won in subsidies, as the government hopes to persuade companies to go green in time for a series of new car releases scheduled later this year.