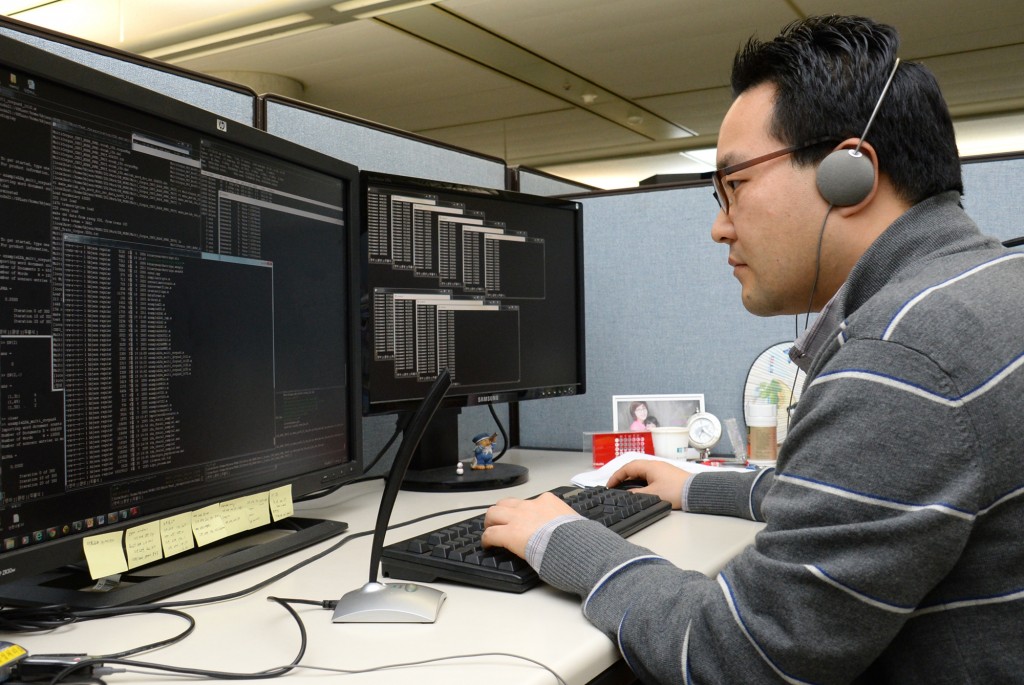 Thanks to the technology, financial institutes and companies running call centers can collect information such as interest fields based on customers’ ages and gender, and their preferences. The voice data can be processed as management data through the technology. (image: ETRI)

SEOUL, March 23 (Korea Bizwire) – Korean scientists have developed a voice-to-text conversion technology that can automatically transcribe the voice of callers seamlessly to texts in Korean.

The Electronics and Telecommunications Research Institute of Korea (ETRI) announced on March 22 that it had successfully developed the Natural Language Recognition software. As financial institutions and other corporations depend on voice data from their call centers, the technology is expected to offer benefits by extracting related information for their services.

Currently, the use of voice data collected from call centers is insignificant. The information is used occasionally in situations where there are disputes between customers and call center operators. However, the “voice-to-text” converter technology enables the use of the data in various fields.

Thanks to the technology, financial institutes and companies running call centers can collect information such as interest fields based on customers’ ages and gender, and their preferences. The voice data can be processed as management data through the technology.

The voice data analysis market is led by Israel and the U.S. However, as their technologies target other major languages such as English, they are of limited use when used in a Korean environment. To overcome the problem, ETRI developed the new technology, and is now preparing it for commercial usage.

The key functions of the technology are the recognition of natural Korean and the detection of key words, which help to convert voice to text.

Lee Yun-geun, the head of the AI center for automatic interpretation at ETRI, said, “Voice recognition technology is expanding its sphere from voice searching to SMS and the transcription of call center voice data, even to automatic interpretation, language study and navigation. The technology will be used in our daily lives as a main user interface in the near future.”