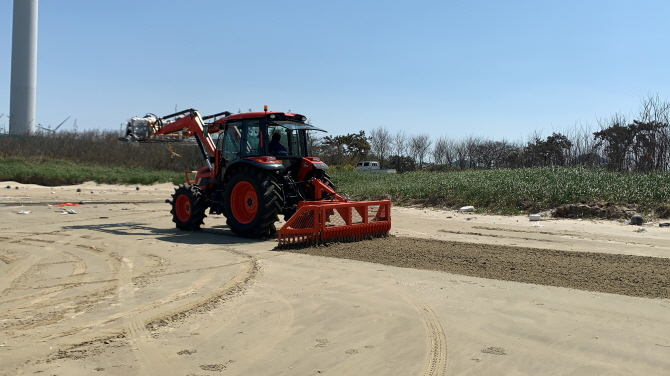 Sinan County in South Jeolla Province said Tuesday that it held a demonstration at Jaun Outdoor Beach, attaching a custom-made collection device to front and rear of five agricultural tractors.

The county, which has a large number of islands in its jurisdiction, has been unable to handle the influx of marine litter from home and abroad. So far, the county has mobilized people to collect marine debris, but this is highly inefficient. 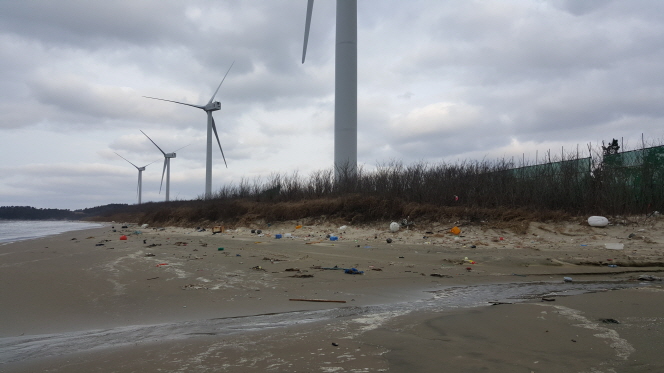 In order to solve the waste problem, agricultural tractors have been equipped with large collectors, such as a harrow machine that sweep and dig through the sand to pick up large fishing gear and polystyrene.

This will allow efficient collection of garbage and large marine debris buried in the sand.

The county first deployed tractors and collection vehicles equipped with special collection devices, focusing on beaches near famous tourist attractions in the district.