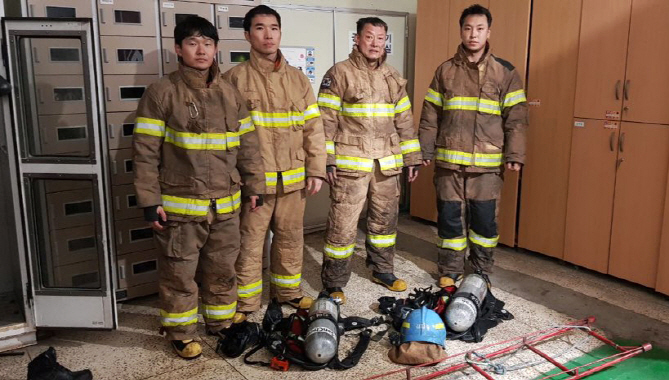 Having lost consciousness after breathing in smoke, the child was quickly transferred to a hospital where he regained consciousness. In the process of the rescue, one firefighter suffered second-degree burns to his cheek.

According to the Gangwon Fire Headquarters, a fire broke out at a fourth-story apartment unit in Hongcheon-eup, Hongcheon-gun, Gangwon Province around 5:18 p.m. on Sunday.

By the time firefighters arrived on the scene, fire and smoke had swallowed up the unit’s living room and terrace. The intensity of the heat made it most difficult for firefighters to enter the apartment unit.

When the firefighters heard about the child trapped inside, two teams of four firefighters rushed into the unit to save the children.

Despite having limited visibility due to the fire, firefighters Kim In-su and Kim Deok-seong found a child who was atop a blanket, and carried him outside after applying an oxygen mask to the child’s face.

The child was still breathing at the time of rescue but was unconscious. Firefighter Yeo Seo-yeon helped the child regain consciousness by performing first aid.

“I’m so glad that the child was able to regain consciousness inside the ambulance,” said Yeo, who added that she hopes the child is able to leave the hospital after recovering.

Firefighter Park Dong-cheon, who also fought the blaze, was left with a second-degree burn on his left cheek despite having worn safety equipment. 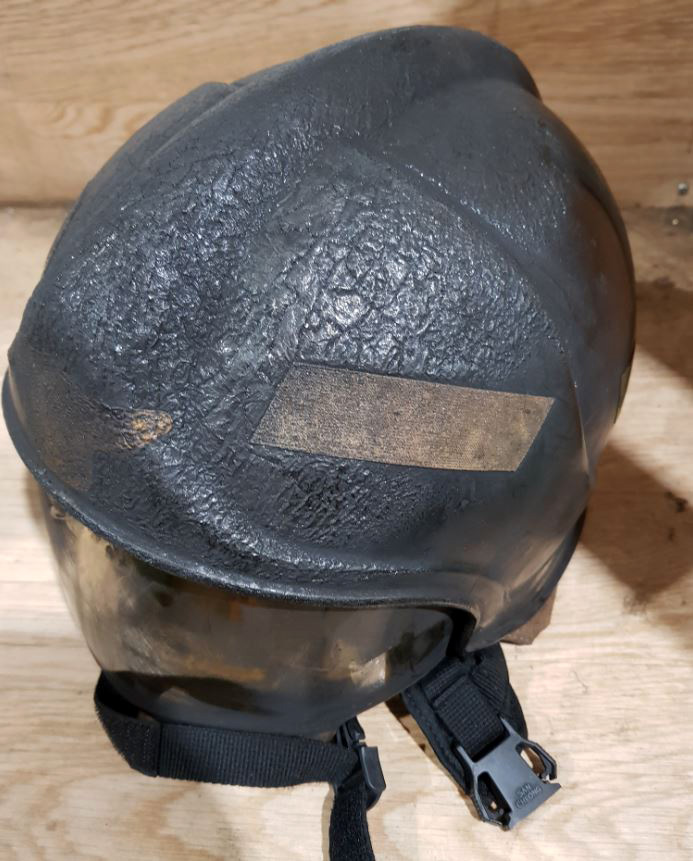 The helmet that he was wearing turned black after melting from the fire.

“As a parent myself, I am so glad that the child is safe,” said Park ,who also added that the burn wasn’t that serious and that he was being treated for it at the hospital.

Meanwhile, the fire burned down the home completely and incurred asset losses totaling approximately 42 million won. The fire was put out in around 30 minutes.

Firefighters and police officials are expected to carry out a investigation to determine the cause of the fire.