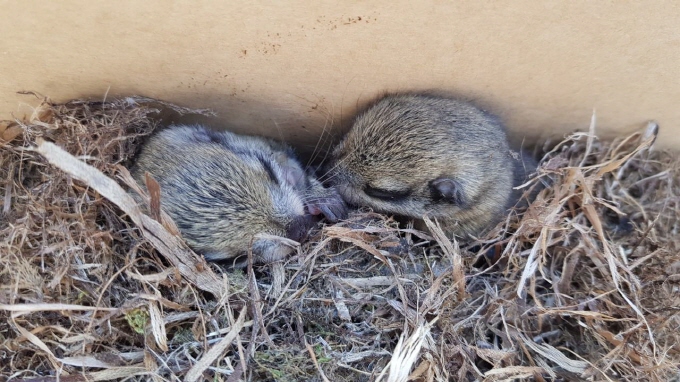 BUSAN, May 28 (Korea Bizwire) — On April 22, a solar emergency repeater that was demolished near a shelter on Mount Jiri was brought to Busan.

Inside the repeater, there was a squirrel.

Officials at the telecom company, who were removing the communications equipment, immediately contacted the Wildlife Medical Center on Eulsuk Island, Busan, under the guidance of the district office.

The baby squirrel was none other than a Natural Monument No. 328 flying squirrel, which is designated as second-class endangered species.

When the squirrel was sent to the Wildlife Medical Center, it was in critical condition. All the veterinarians at the center were summoned to save the life of the squirrel.

The center even flew in colostrum by air to provide nourishment to the squirrel. 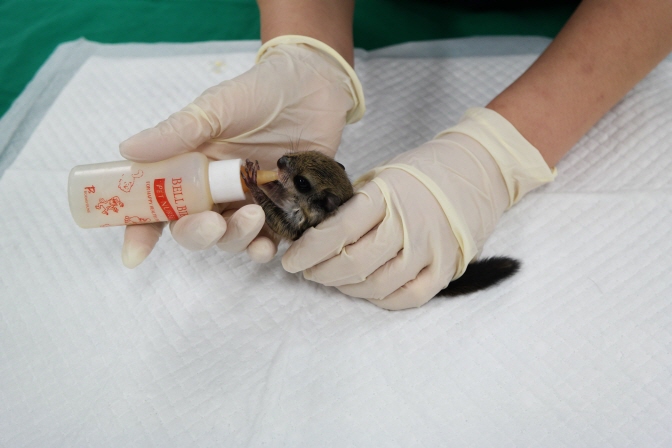 Thanks to the devoted care of the nurse, the squirrel finally opened its eyes, and slowly increased in weight reaching 55 grams after a month, which compares to 20 grams when it was recovered.

The center plans to go through food-gathering training and jumping training before returning the baby squirrel to nature as early as this summer.