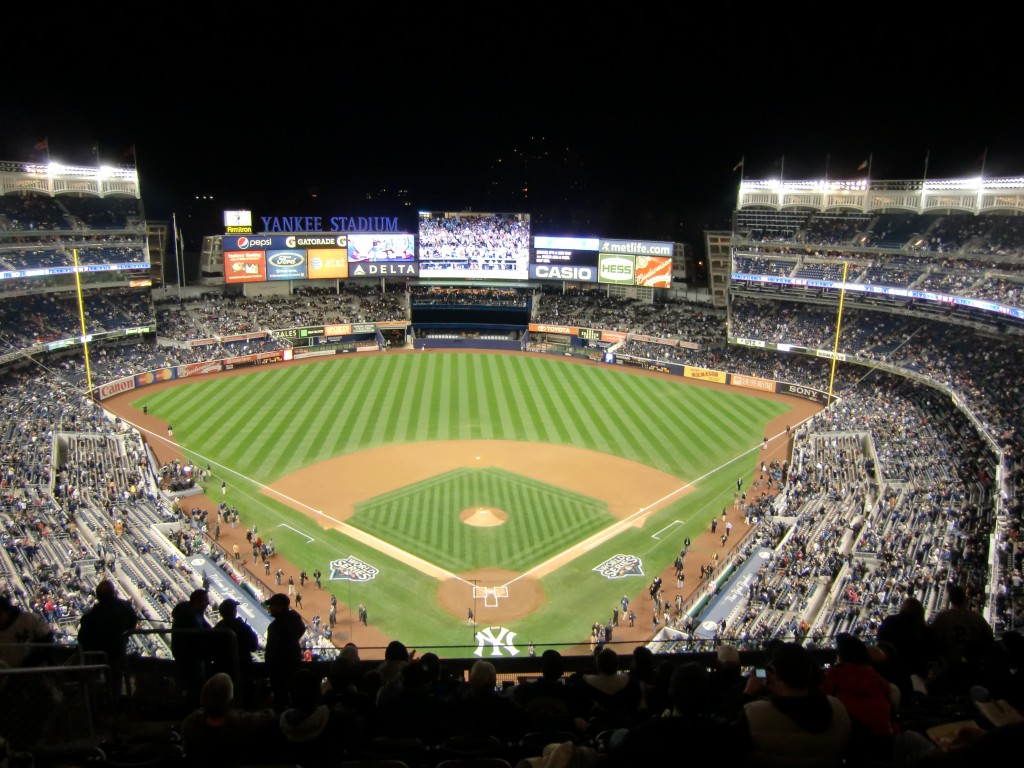 But it’s a love/hate relationship, as two in five baseball fans say Yankees are the team they least want to see in the World Series

NEW YORK, July 15, 2013 (Korea Bizwire) – So baseball has hit that time again – mid-season, which means the All Star Game is upon us. As Major League Baseball pauses to celebrate their all stars, and as the teams get a few days off to rest before the race to the end of the summer and post-season play begins in earnest, it is also time to see who America’s Favorite Baseball Team is.

Among those who follow the sport, the New York Yankees again win the honor of being “America’s Favorite,” as they have each year since 2003. In the second spot on the list are their long time arch-rivals, the Boston Red Sox, followed by the Atlanta Braves at number three; both of these teams’ positions are unchanged from the last three times The Harris Poll asked this question.

Rounding out the top five are the Los Angeles Dodgers at number four (rising one spot from last time) and, in a tie for the number five spot, the Texas Rangers (up from number eight) and the Detroit Tigers (who came in at number ten the last time this question was asked).

These are some of the results of The Harris Poll of 2,210 adults surveyed online between June 12 and 17, 2013 by Harris Interactive. (Full findings, including data tables and rankings of all teams, available here)

Looking at the bottom half of the top ten favorite teams, at number seven are the Chicago Cubs (down from number four last year), followed by the New York Mets (#8, down from a 5th place tie), the Philadelphia Phillies (#9, down from #7) and the San Francisco Giants (#10, up from #14).

Winning it all in October or not being there at all

Looking ahead to the end of the season, the highest percentages of baseball followers say the St. Louis Cardinals (14%), the New York Yankees (13%) and the Boston Red Sox (12%) will win the World Series, followed by the Detroit Tigers (10%) and the Atlanta Braves (8%). And, at the bottom of the list, less than one percent of baseball followers said the Miami Marlins, the Seattle Mariners or the San Diego Padres will win the World Series.

On the flip side, there is always that one baseball team people love to hate. And, this year over two in five baseball followers (42%) say the New York Yankees are the one team they least want to see make it to the World Series. At a distant second, 12% say this about the Boston Red Sox, while 4% each say this about the Los Angeles Dodgers and the Miami Marlins.

Over one-third of Americans (34%) say they follow Major League Baseball, a number that is down from 2011, when 36% said they did. Looking at who follows baseball, men are more likely to do so than women (44% versus 26%). There is also a regional divide, as more than two in five Easterners (41%) say they follow baseball, compared to just over one-third of Midwesterners (36%) and Westerners (35%), and 29% of Southerners. This is also something political parties cannot totally agree on today – over two in five Republicans (41%) follow baseball, compared to 35% of Democrats and 34% of Independents.

This Harris Poll was conducted online within the United States June 12 to 17, 2013 among 2,210 adults (aged 18 and over) of whom 760 follow major league baseball. Figures for age, sex, race/ethnicity, education, region and household income were weighted where necessary to bring them into line with their actual proportions in the population. Propensity score weighting was also used to adjust for respondents’ propensity to be online.

All sample surveys and polls, whether or not they use probability sampling, are subject to multiple sources of error which are most often not possible to quantify or estimate, including sampling error, coverage error, error associated with nonresponse, error associated with question wording and response options, and post-survey weighting and adjustments. Therefore, Harris Interactive avoids the words “margin of error” as they are misleading. All that can be calculated are different possible sampling errors with different probabilities for pure, unweighted, random samples with 100% response rates. These are only theoretical because no published polls come close to this ideal.

Respondents for this survey were selected from among those who have agreed to participate in Harris Interactive surveys. The data have been weighted to reflect the composition of the adult population. Because the sample is based on those who agreed to participate in the Harris Interactive panel, no estimates of theoretical sampling error can be calculated.

These statements conform to the principles of disclosure of the National Council on Public Polls.

The results of this Harris Poll may not be used in advertising, marketing or promotion without the prior written permission of Harris Interactive.

Harris Interactive is one of the world’s leading market research firms, leveraging research, technology, and business acumen to transform relevant insight into actionable foresight. Known widely for the Harris Poll® and for pioneering innovative research methodologies, Harris offers proprietary solutions in the areas of market and customer insight, corporate brand and reputation strategy, and marketing, advertising, public relations and communications research. Harris possesses expertise in a wide range of industries including health care, technology, public affairs, energy, telecommunications, financial services, insurance, media, retail, restaurant, and consumer package goods. Additionally, Harris has a portfolio of multi-client offerings that complement our custom solutions while maximizing our client’s research investment. Serving clients in more than 196 countries and territories through our North American and European offices, Harris specializes in delivering research solutions that help us – and our clients – stay ahead of what’s next. For more information, please visit www.harrisinteractive.com.