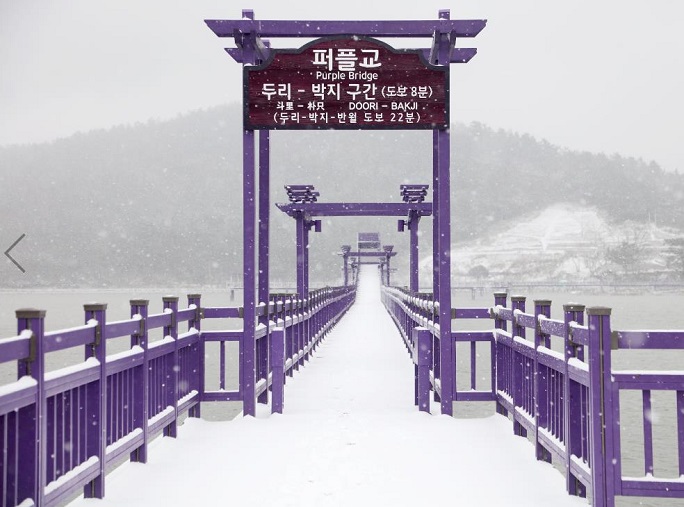 On February 8, CNN introduced Banwol Island as a ‘photographer’s dream,’ posting eight photos of the island along with related travelling information.

CNN explained how the island turned ‘purple’, describing the island’s renovation as a ‘risky but beautiful move’. The media outlet assessed that the recent increase in the number of visitors reflects the success of these efforts.

Starting with the Purple Bridge, Sinan County has been working with residents since 2007 to turn the island purple.

The color purple was chosen after considering the island’s distinct habitat for purple balloon flowers and the Asiatic self-heal.

From wooden bridges to lavender, lily magnolias, and hydrangeas, rooftops, garage walls, aprons, silverware and even coffee cups have been colored purple.