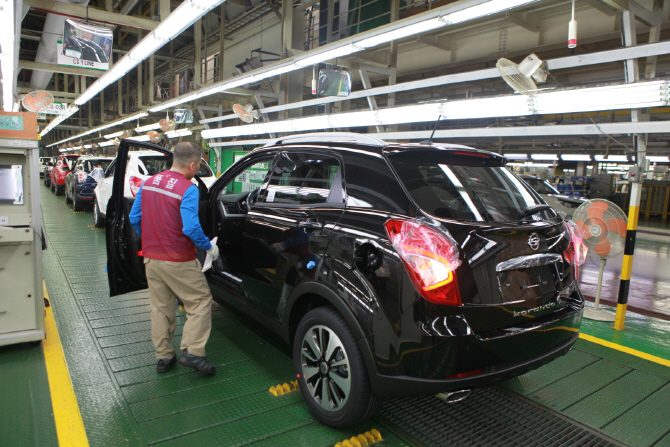 SEOUL, Jun, 28 (Korea Bizwire) — A former employee of SsangYong Motor who worked at the company’s Pyeongtaek factory before being laid off has been found dead in what appears to have been the 32nd suicide death by former SsangYong employees after the carmaker instigated massive layoffs in 2009.

Around 3:50 p.m. yesterday, a former SsangYong employee referred to only as Kim was found dead on a hill in Dokgok-dong, Pyeongtaek by police officers who were searching for his whereabouts.

Earlier in the day, Kim sent a text message to his wife that read, “I’m sorry for giving you a hard time, leaving you with debts. I hope you become happy even though it may be hard.”

Kim’s family notified the police after seeing the message.

Kim struggled to make ends meet after being fired from his job in 2009. He reportedly said that he fell behind on debt payments as he was no longer able to get a job, making things more difficult for him and his family.

Kim was even arrested in August of 2009 after being beaten by police officers on the Pyeongtaek factory’s rooftop while protesting against his dismissal.

Recently, he seemed be holding onto a final strand of hope as he took on two jobs, awaiting his re-employment at Ssangyong, a dream that many of his colleagues and friends were fighting for.

Things seemed to be on the right track as former employees including Kim heard news that Ssangyong management was negotiating with former employees to get their jobs back in 2015, six years after they were laid off.

But after three years without any news of a potential job offer, Kim decided it wasn’t worth the wait.

Since then, only 37 of the fired employees have been recalled to their former jobs, while 130 former laborers including Kim were unable to return to work.

The labor union says it will continue to hold demonstrations in Seoul and Pyeongtaek to fight until everyone is able to get their old jobs back.