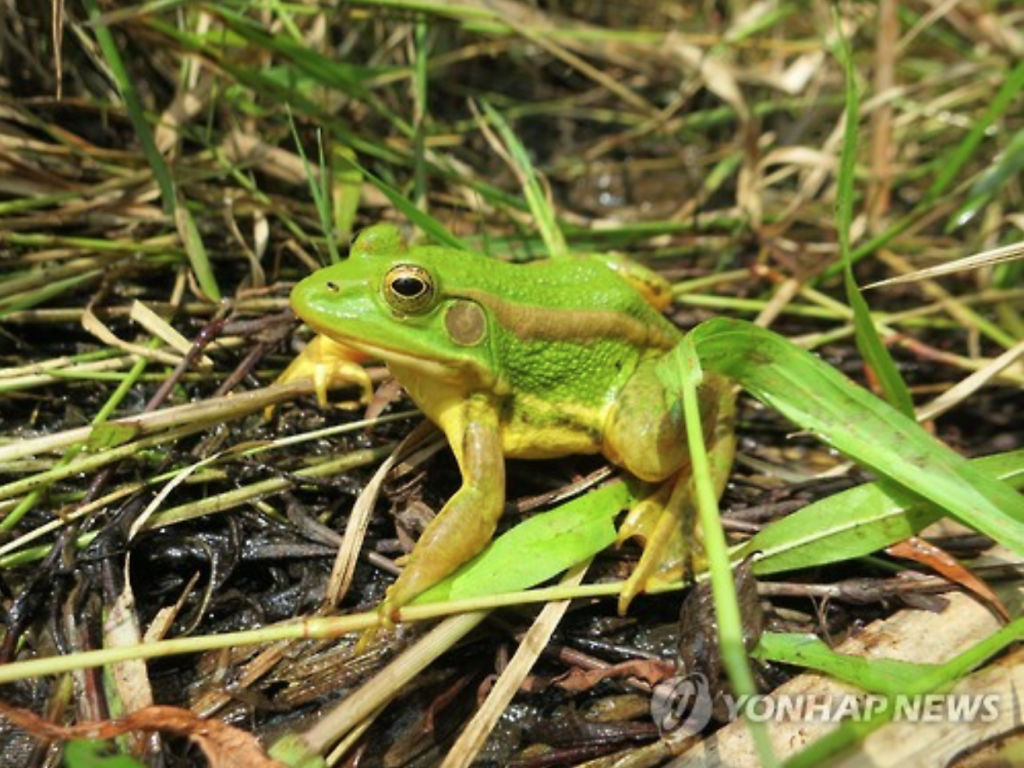 LH found 541 and Geumgang found 307, both of which were significantly lower than the 25,000 frogs that were released in 2014, which means 98 percent of the frogs have disappeared. (image: Yonhap)

SEJONG, Oct. 21 (Korea Bizwire) – Endangered Seoul pond frogs (pelophylax chosenicus) that were captured and released during the development of Sejong New Town’s Central Park have seen their population plummet by more than 90 percent in the past two or three years.

LH found 541 and Geumgang found 307, both of which were significantly lower than the 25,000 frogs that were released in 2014, which means 98 percent of the frogs have disappeared.

The Office of Environment concluded that the major reason for the drop in the number of frogs was a lack of water. The original plan was to create a wetland in the field, but LH only supplied water to 31 percent of the land. The temperature of the water was also a problem, as it was between 12 and 16 degrees Celsius instead of 24.9 degrees.

The poor management of Jangnam field is expected to cause controversy. Some individuals have given up on the wetland and want the field to be made into a sports park, but NGOs are strongly opposing this position. There is even a speculation that LH is being passive about preserving the habitat because it is more concerned about profits from the development. It had once been the largest habitat of Seoul pond frogs with 25,000 frogs in 1㎢ at the time of their release.

The report was presented at a meeting attended by the National Agency for Administrative City Construction, LH Sejong Office, and the Geumgang Watershed Environment Office.

“Since this is not a complete study, the numbers may not be accurate. However, LH has to supply water to rebuild the wetland, and keep predators from it,” a government official said.