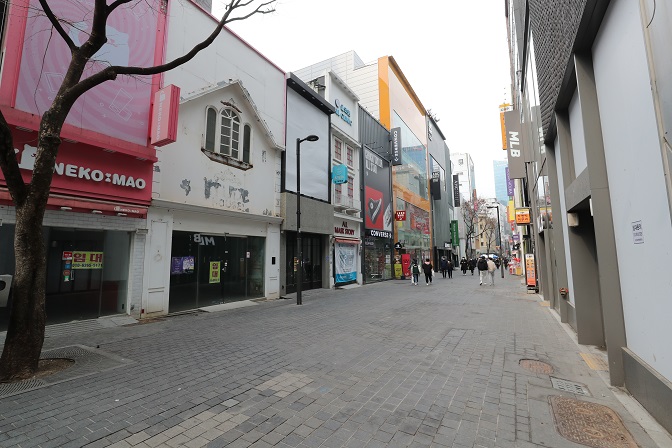 Starting Monday, the country will remove all virus restrictions, except the mask mandate, in its major step toward a return to normalcy, after restrictions were first introduced in March 2020.

Curfews on restaurants, cafes and other small businesses will be lifted, while the cap on the size of private gatherings will also be removed.

At one point, the virus curbs were tightened in a way that only allowed two people to meet at night and permitted only takeout at cafes.

The government voiced hope that the lifting of quarantine restrictions will help boost the recovery of private spending as people’s activity will likely gradually return to pre-pandemic levels.

“Until mid-March, private spending was squeezed (amid the spread of the omicron variant). But since late last month, consumer spending has showed an improvement as virus restrictions were relaxed,” Lee Seung-han, a finance ministry official, told reporters Friday.

The government plans to provide discount coupons to support ticket prices of professional sports games and accommodation fees in the coming months in a bid to help bolster domestic demand.

Consumer spending contracted 5 percent in 2020, hit by the fallout of the COVID-19 pandemic. But after a yearlong slump, private spending has improved amid the economic recovery and the vaccine rollout.

Private spending grew 1.6 percent in the fourth quarter of last year from three months earlier, compared with a 0.2 percent on-quarter fall in the third quarter, according to central bank data.

In February, the Bank of Korea (BOK) forecast private spending to increase 3.5 percent this year, slightly slowing from a 3.6 percent rise in 2021.

The removal of virus curbs is expected to boost to in-person services, including accommodations and retailers, as the sectors suffered severe job and production losses due to the pandemic.

But experts remained cautious about a full-fledged recovery of domestic demand as growing inflationary pressure and rising interest rates could sap households’ spending.

“The recovery of private spending may not be as robust as expected as people’s behavior of reducing consumption during the pandemic could persist due to a hysteresis effect,” said Joo Won, a senior economist at Hyundai Research Institute.

“Growing inflationary pressure is also likely to weigh on people’s spending as it will weaken consumer sentiment,” he added. 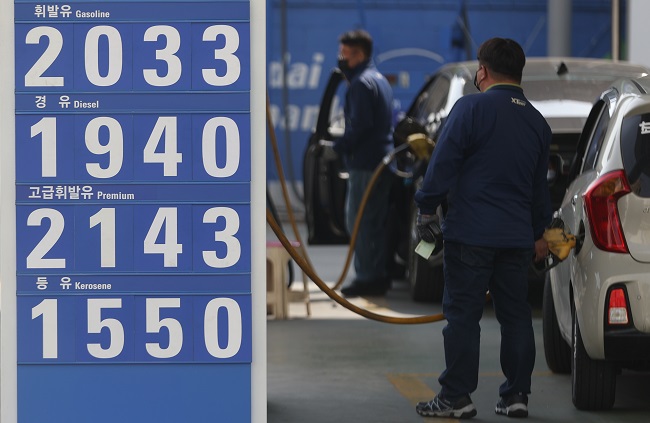 The South Korean economy is on a recovery track on the back of robust exports of chips and autos and improving private spending.

But it also faces heightened economic uncertainty at home and abroad amid the fast spread of the omicron variant and surging energy costs caused by Russia’s invasion of Ukraine.

South Korea’s consumer prices grew more than 4 percent for the first time in more than 10 years in March as crude oil and other commodity prices shot up. South Korea heavily relies on imports for most of its energy needs.

Consumer inflation rose 4.1 percent in March from a year earlier, accelerating from a 3.7 percent on-year gain the previous month. The BOK aims to keep annual inflation at 2 percent over the medium term.

The BOK raised the policy rate by a quarter percentage point to 1.5 percent on Thursday, the fourth rate hike since August last year, to put a lid on inflation and household debt. The central bank is widely expected to further hike the key rate.

A rate hike could increase debt-servicing burdens for households, with household credit hitting an all-time high of 1,862.1 trillion won (US$1.5 trillion) as of end-December.

Experts said South Korea’s economic growth is expected to remain in the 2-percent range this year, while its inflation may shoot up close to 4 percent.

In its latest projections in February, the BOK forecast consumer prices to rise 3.1 percent this year. It expected Asia’s fourth-largest economy to grow 3 percent in 2022.

President-elect Yoon Suk-yeol has vowed to prioritize stabilizing inflation as concerns are growing that price pressure could become entrenched.

Last year, South Korea’s real GDP recovered to pre-pandemic levels, but its private spending in real terms stayed below 2019 levels, according to a report from the Korea Insurance Research Institute.

“If (policymakers) aim to overcome the economic fallout of the pandemic, policy goals should be focused on normalizing economic activities as much as possible, while not stimulating inflation,” Lee Tae-yeol, a senior research fellow at the institute, said.