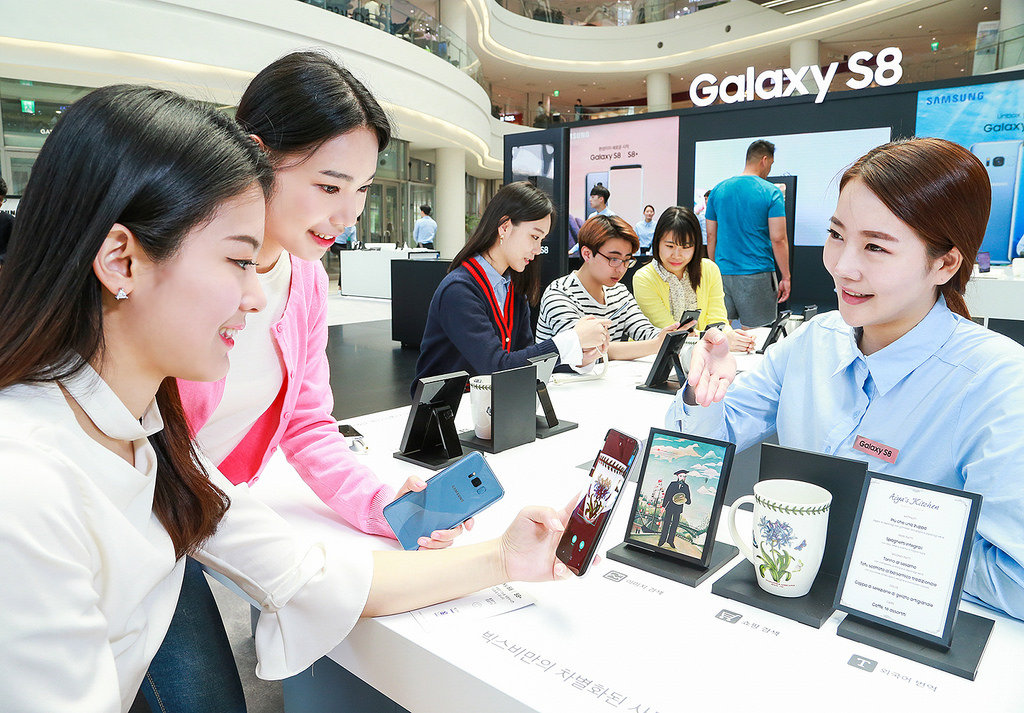 As of 8:00 p.m., about 210,900 of the pre-ordered Samsung smartphones have been opened under new accounts, according to data tallied by three local mobile carriers.

Industry watchers said earlier that around 70 to 80 percent of the pre-orders will lead to actual sales. Samsung started shipping the new device for those who purchased it through preorders which ran from April 7-17.

The devices feature high-resolution displays that bend on both ends and come with various innovative technologies such as iris and face recognition scanners and a smart voice assistance program named Bixby.

The better-than-expected pre-orders raise hopes that Samsung’s new flagship may sell more than 40 million copies. Local brokerage firms have been estimating sales of the Galaxy S8 and the Galaxy S8 Plus could reach around 43-60 million units.

The company has been trying to put to rest the ill-fated Galaxy Note 7 phablet that was recalled after some caught fire while charging. The high-profile incident hurt the company’s image.

Some of the local users complained that some of the Galaxy S8 smartphones have excessively reddish displays, with other users also claiming that the problem leads to sore eyes.

“Color issues with AMOLED displays existed before the Galaxy S8,” Samsung Electronics said, insisting users can visit its service centers to find out if their devices are defective.

Experts said the problem could be attributable to the fact that while traditional LCD panels use red, green, and blue, the Super AMOLED adopted by the Galaxy S8 uses two pixels, red-green and blue-green.