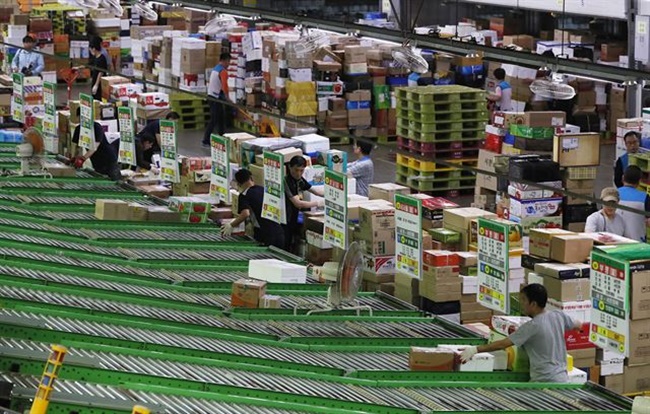 According to the proposal released on Tuesday by the Ministry of Land, Infrastructure and Transport, a number of measures will be introduced to further protect the rights of delivery workers, while those with a criminal record of sexual offences will be prohibited from working as parcel deliverers. (Image: Yonhap)

SEJONG, Nov. 29 (Korea Bizwire) – The government has proposed a labor regulations overhaul for delivery workers, which will make them eligible for overtime pay and a better insurance coverage for work-related injuries by 2022.

According to the proposal released on Tuesday by the Ministry of Land, Infrastructure and Transport, a number of measures will be introduced to further protect the rights of delivery workers, while those with a criminal record of sexual offences will be prohibited from working as parcel deliverers.

Among the proposed changes include a standardized contract, which will secure basic workers’ rights including overtime pay and holidays.

Delivery workers are registered as individual business operators, but the new move comes on the heels of criticism that most of their work is similar to manual labor that regular workers do.

Given the nature of delivery work that requires the use of parking spaces while on the job, the government will also seek to secure extra parking spaces outside of rush hour, beginning next year.

In an effort to address the issue of work overload, automation technology will be adopted when loading and unloading parcels, so as to help reduce the physical burden on delivery workers.

Under the new proposal, violent offenders will not be able to work in the delivery sector, a move to protect customers from coming into contact with sex offenders and eliminating any possibility of recidivism.

Currently, customers are charged an average of 2,500 won for parcel delivery, but online shopping malls pay delivery companies an average of 1,730 won per parcel.

In order to implement the plans, the transport ministry will launch a special task force in connection with other government branches, and keep communication channels with the industry open to share opinions and improve methods and procedures.

“Through the new measures, we hope to provide a more affordable, faster and kinder delivery service, and we plan to spend more to become an industry that meets the various needs of customers,” an official from the transport ministry said.