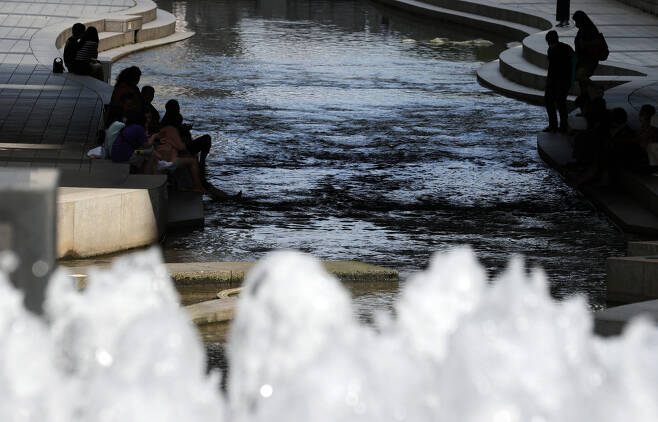 GOYANG, May 17 (Korea Bizwire) — The city of Goyang near Seoul said Sunday that it will alleviate the urban heat island phenomenon by creating a water circulation facility using rainfall and underground water.

As a first step, the city government will spend 700 million won (US$620,400) to create a small brook 270 meters long in Ilsandong Ward neighborhood by the end of next month.

To supply water to the small brook, the city government will use about 180 tons of underground water that is created on a daily basis at nearby buildings.

The small brook is expected to create a wind path between buildings, while lowering the ground temperature, thereby contributing to alleviating the urban heat island phenomenon.

In the area of Hwajeongro in Deokyang Ward, the city government has been operating a system to alleviate the heat island phenomenon by spraying underground water onto road surfaces starting from April 2020.

This system uses 356 tons of underground water that is discharged on a daily basis at Hwajeong Station on Subway Line No. 3.

In December last year, the city government additionally installed a small spring with a floor space of 7 square meters in the square in front of Hwajeong Station by using the underground water discharged from the Station.

This small urban wetland was created in collaboration with the Korea Institute of Civil Engineering and Building Technology.