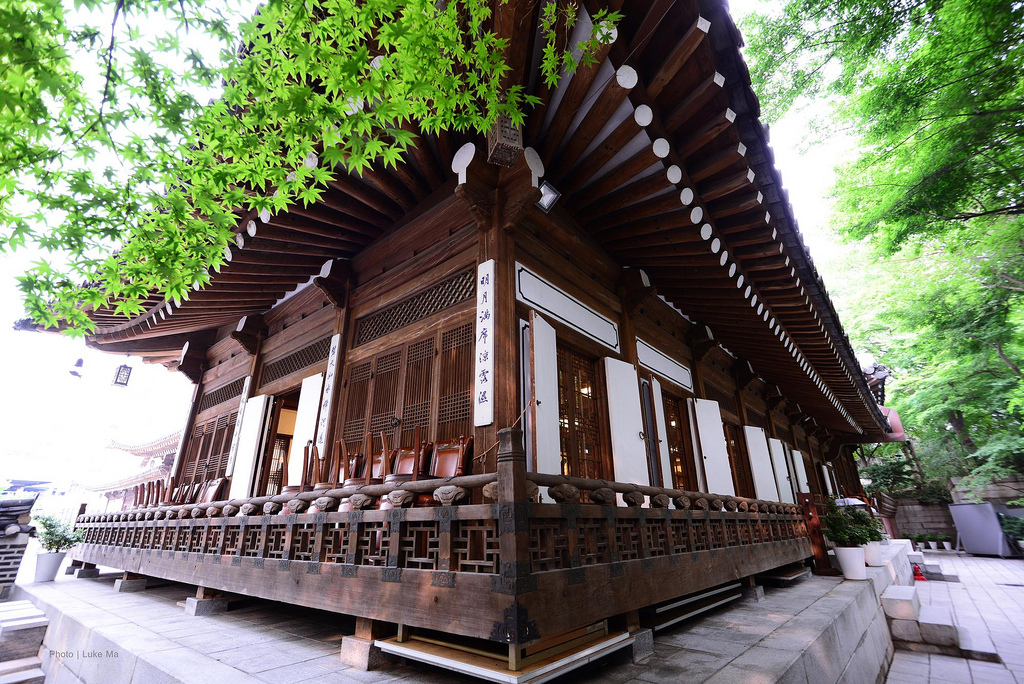 SEOUL, South Korea, Oct 11 (Korea Bizwire) — Koreans have long believed that the most important thing in home building is harmony with the nature. They correctly thought houses built surrounding environmental conditions in mind can withstand natural elements better. For this reason, we Koreans boast tens of thousands of traditional houses still standing in this age of high-rise apartments and concrete jungles.

Hanok, or old-style house, is today considered one of the most valuable architectural heritages that our ancestors bequeathed to us, as it embodies the best eco-friendly home-building techniques ever invented. Everywhere you go to in Korea, you can see hanok buildings built generations ago. In addition to these, a new generation of hanok houses is being sprung up here and there that reflects the wisdom of the times gone by.

According to the Ministry of Land, Infrastructure, and Transportation, the number of hanoks across the country rose to 89,000 at the end of 2011 from 55,000 as of the end of 2008. For the past two year, the figure is estimated to have surpassed the 100,000 level. That’s largely because young families sick and tired of living dry apartment houses are turning their attention to more nature-friendly housing arrangements while those in their 50s and 60s return to their old countryside homes. While doing that, some of them are redefining the hanok by improving convenience features of old, original hanok design.

Anyone, especially foreign visitors to Korea, can enjoy rows of hanok houses by walking right in the middle of Seoul’s downtown. The best place to see hanoks is Northern Village, or Bukchon Village, located between Gyeongbok Palace, Changdeok Palace, and Jongmyo Royal Shrine. Northern Village was picked by Seoul Tourism Organization, a private-public tourism promotion agency, as the best walking tour course in Seoul.

The area hosts hundreds of well-preserved hanok houses built and lived by high-class residents during the Joseon Dynasty. According to the Jongno District Office, the number of visitors to Northern Village was 593,000 in 2012 of which foreigners accounted for about 43 percent, up from 206,000 in 2010 and 348,000 in 2011. For the first five months of the year, as many as 300,000 tourists came to see the village.

The second most visited hanok village in Seoul is the one right below Mt. Nam, also in Seoul’s downtown. As Namsan Village is very close to the mountain, one of the must-see tourist attractions for foreign visitors, and offers a variety of programs for visitors to have hands-on experience, it is a popular tourist destination as much as Northern Village.

More adventure-seeking tourists may want to venture out of Seoul and see hanoks in regional cities. For example, they can find equally beautiful, well-maintained hanok houses in the city of Gongju, 140 kilometers south of Seoul. Recently the Korea Tourism Organization gave several of the hanok inns there an official seal of quality for “hanok stay.” The guests in these hotels can enjoy relaxing floor heating warmed by oak tree firewood and take pictures of them in traditional wedding costumes.

Another hanok tourism opportunity out of Seoul can be found in Jeonju, a city famous for art and culture. Tourists to Jeonju can check into a hanok hotel, have hands-on experiences, and sample traditional foods, all in the middle of the city. A high school in Bordeaux, France, will send their students to Jeonju as part of their annual school trip. In September, a second “Hanbok Day” festival was held in the city to show off all different types of Korean traditional dress.In addition, Yangdong Village in the Shilla capital of Gyeongju and Hahoe Village in Andong, both of which were designated as UNESCO World Heritage Sites, were hanok villages worth visiting. There are other locations, such as those in Suncheon, Yeongam, Damyang, and Changpyeong, for the adventurous to explore. 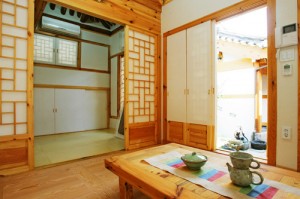 As much of Korean daily life utilizes the floor surfaces, the ondol culture, the core of the family’s indoor temperature control, is always mentioned when discussing Korea. (image: KOREA.NET – Official page of the Republic of Korea at flickr)

As more and more people pay more attention to the hanok as a new, environment-friendly alternative to concrete-filled housing, trade show organizers are also capitalizing on the trend. The Hanok Architectural Exposition held on September 31 in Yeongam, South Jeolla Province, showed off a variety of hanok building techniques to the visitors. In real-life and miniature structures and videos, the exhibition displayed how to install the hanok-style floor heating system in existing homes, environmentally friendly building methods, and types of roof tiles and bricks used in hanok buildings.

Not to be outdone, government agencies are also busy promoting hanok designs. For example, the Ministry of Land, Infrastructure, and Transportation unveiled a demonstration hanok house in Eunpyeong Hanok Village in northern Seoul. According to the government agency, it costs only 60 percent of the traditional hanok house to build a modernized two-story hanok house (2,075,000 won per square meter) that is superior in quality and energy-saving features.

The following are websites for those wanting to visit hanok villages in Seoul and elsewhere: