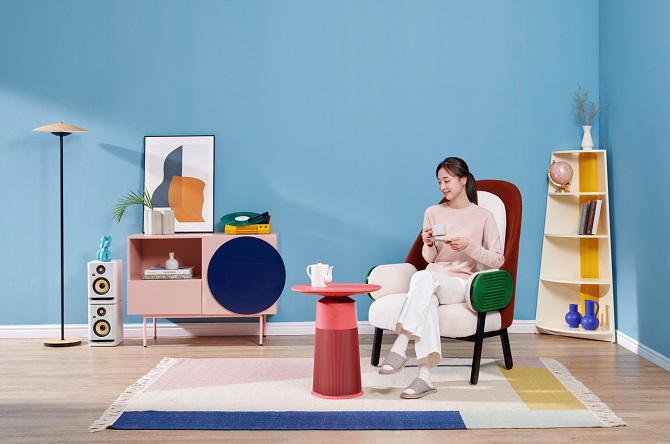 SEOUL, Dec. 7 (Korea Bizwire) — South Korea’s home appliance makers are releasing a variety of products that can also be used as interior props at home.

LG Electronics Inc. on Tuesday released a brand-new air purifier called the Puricare Aero Furniture that can also be used as a table.

Designed to cope with the latest trend of placing air purifiers in each room, the newly-released air purifier can be used as a table in bedrooms and living rooms.

The round pillar supporting the table serves as an air purifier, acting as a 360-degree air intake.

Despite having a high price tag of 1.19 million won (US$898), Samsung’s The Freestyle beam projector is enjoying strong popularity among young consumers. The projector can be hung on the ceiling to display an image on a table or the floor.

The photo frame-like TV The Frame and The Sero TV that can be installed vertically like a full-body mirror are also enjoying popularity.