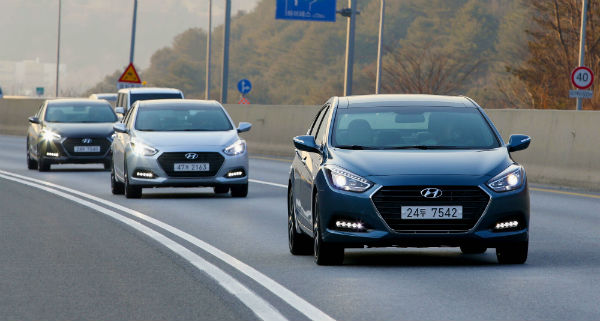 The refurbished edition of the i40 was uncloaked earlier last week. (image: Hyundai Motor)

SEOUL, Feb. 4 (Korea Bizwire) — Hyundai Motor Co. has been a household name in the South Korean car market for decades as the country’s primary carmaker. With the widely popular Sonata lineup, the midsize vehicle segment has been a longtime forte for the automaker.

Imported brands, however, have worked their way into South Korea in recent years, with their market share jumping to 13.92 percent last year, nearly double the 6.92 percent from 2010, according to data compiled by the Korea Automobile Importers and Distributors Association.

This may be one reason Hyundai is beefing up its mainstay business in the midsize segment with its latest version of the i40 as a means to up its sales both locally and abroad.’ 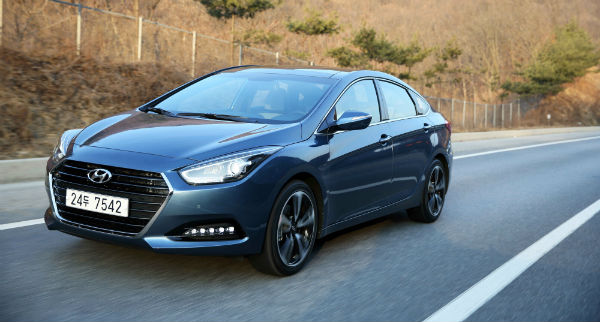 “The only thing that has not changed in the new i40 is its name — everything, from the design to the powertrain, has been revamped,” Kim Sang-dae, director of Hyundai’s marketing division, told reporters Wednesday at the car’s test drive.

“As one of the flagship models for midsize cars, alterations have been made in line with the global trend for well-performing, fuel-efficient and eco-friendly vehicles.”

The refurbished edition of the i40 was uncloaked earlier last week.

Under the bonnet, the new i40 is equipped with an internally-developed seven-speed double clutch transmission and a 1.7-liter e-VGT diesel engine that satisfies the latest Euro 6 emissions standards. The powertrain is rated at a maximum 141 horsepower and 32.7 kilogram meters of torque.

It has been tested to achieve a combined fuel economy of up to 16.7 kilometers on a liter of fuel, according to the company, an improvement from the 15.1 kmpl range seen in the model’s previous edition.

The car also displays better fuel efficiency as opposed to its segment rivals, including Volkswagen Group’s Passat sedan, whose 2.0-liter TDi engine gives out up to 14.6 kmpl.

In a 68-kilometer test drive, the i40 Saloon’s 1.7-liter e-VGT diesel powertrain showed a combined fuel efficiency of 15.9 kilometers on a liter of diesel, slightly short of what the company claims.

The car was nimble in its response in acceleration, gathering speed at a smooth pace while traveling up to a velocity of 160 kilometers per hour at one point, and helped to infuse a sense of the “fun driving experience” that the company said it was going for.

The family car, which is placed above the Sonata sedan, was initially designed to take on the European market and was released there and in South Korea in 2011.’

The company said it plans to sell a combined 39,000 units of the latest i40 throughout the world, with 29,000 units set for Europe and 5,000 units intended for buyers here in South Korea.

“Together with the Sonata and the Sonata hybrid, the i40 will enhance Hyundai’s position as the industry leader in the midsize car market, and will be one of our major models to minimize the number of customers turning to imported brands,” Kim said.

So far, for the month of January, Hyundai has sold 187 units of the i40 here in South Korea, up 10.7 percent on-year from the previous year, according to company data.