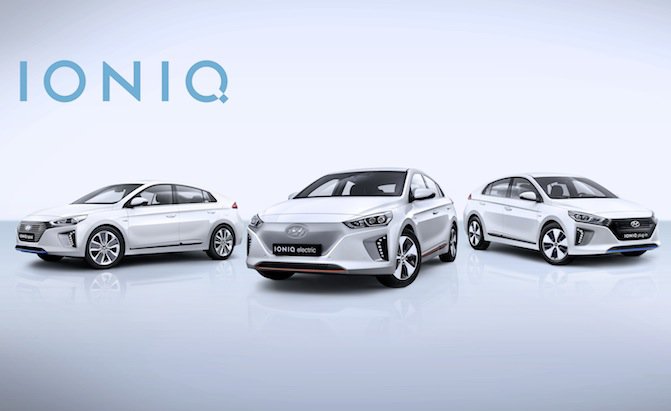 In the January-April period, Hyundai and its sister company Kia exported a combined 2,090 PHEVs mainly to advanced markets where customers’ environmental awareness is relatively high compared with less developed countries, according to the companies’ data.

The sales figure from January to April already reached 72 percent of last year’s overall exports of 2,891 PHEVs. The two carmakers exported a total of 1,185 PHEVs in 2015, the data showed.

A plug-in electric vehicle uses both an internal combustion engine and rechargeable batteries to provide a maximum driving range of over 900 kilometers in the case of the Ioniq PHEV.

The Ioniq plug-in can travel over 900 kilometers with an average fuel economy of 20.5 kmpl, the highest among PHEV cars currently available in South Korea.

Another PHEV based on Kia’s Niro plug-in hybrid SUV will be exported as well within this year, a company spokesman said.

Hyundai and Kia sold a combined 84 PHEVs here in the first four months. Their PHEV sales climbed slightly to 137 last year from 128 a year earlier, the spokesman said.

“High prices and relatively low government subsidies have limited sales of PHEVs in the domestic market,” he said.

The government currently provides about 5 million won (US$4,500) per vehicle in subsidies for PHEVs, but it is far lower than the basic subsidy of 14 million won for an all-electric car.