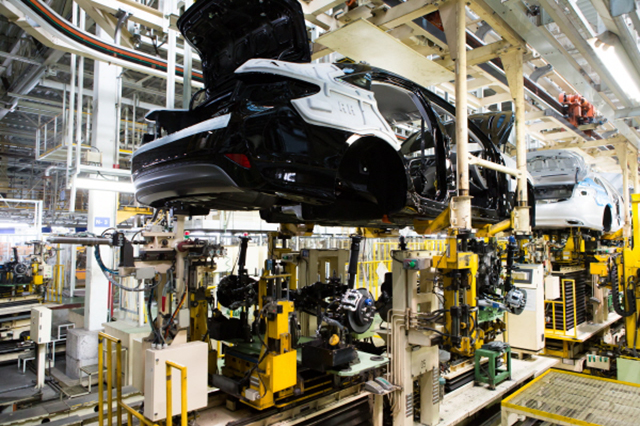 SEOUL, April 13 (Korea Bizwire) — Hyundai Motor Co. has disclosed that it will temporarily suspend production at its Asan plant in South Chungcheong Province for two days on Monday to Tuesday due to difficulty in procuring automotive chips.

Despite the production suspension, however, plant workers will still be paid their full wages, raising some controversy.

The company originally proposed a plan to suspend production for three days and then operate half of the plant for four additional days to the labor union.

The labor union, however, rejected the proposal, saying that if factory operations were suspended, workers would only be paid 70 percent of the average wage and that was unacceptable.

In response, the company made a new proposal asking to suspend production for five days. This proposal was also rejected by the union.

After presenting a string of new proposals, the company finally decided to implement to conduct ‘online education from home’ for two days without cutting wages.

Negotiation on further suspension of production will be held later after the two days of online education ends.

The online education focuses on eco-friendly vehicles and the structure of automobiles.

Some experts said that considering that the content of the online education is not urgently needed, it’s more like a desperate choice for the company to suspend production.

The semiconductor shortage is a global issue facing not only domestic automakers but also global carmakers. Against this backdrop, it could be an inevitable choice for carmakers to suspend production.

Nonetheless, the Hyundai Motor labor union appears to have a different view. It claimed in last week’s newsletter that the company should take the responsibility for the shortage of chips.