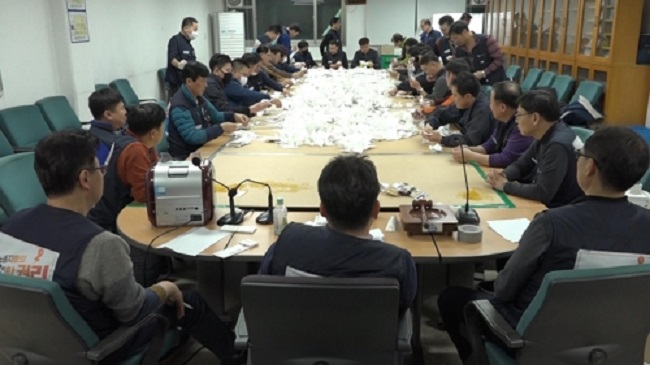 In a vote held on Monday at a Hyundai’s main plant in Ulsan, 414 kilometers southeast of Seoul, the 49,667-member union chose to accept the revised wage package offered by the company, the union said in a statement.

In the final offerings, Hyundai workers will receive an increase of 58,000 won (US$53) and bonuses worth 300 percent of basic pay plus 3.2 million won in extra compenstation, according to the company.

For the whole of 2017, Hyundai sold a total of 4.50 million vehicles, down 6.5 percent from 4.82 million units a year earlier due to slowing sales in its major markets such as China and the United States.

Hyundai Motor currently operates seven plants in Korea, including five in the port city of Ulsan. It also has production facilities in the United States, Europe and emerging countries such as China, India and Russia.