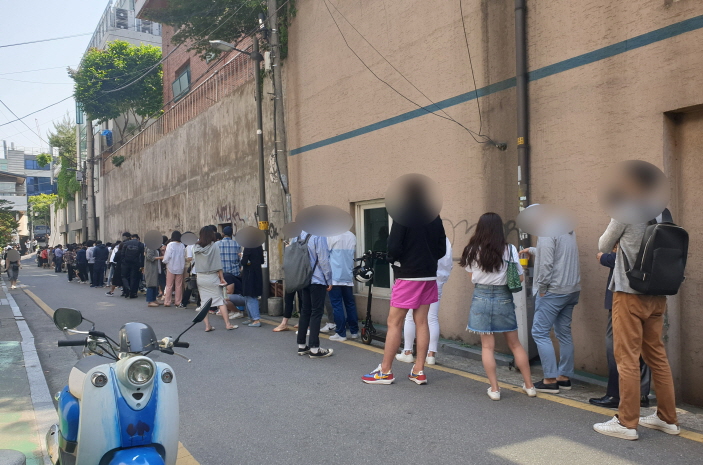 The pop-up event, originally scheduled to start at 11a.m., started early at 9:30 a.m. due to the mass number of people. (Yonhap)

People began lining up at the store from 6 a.m. to try out what can otherwise be tasted only in America. The 250 burgers prepared for the day sold out in just 30 minutes.

The pop-up event, originally scheduled to start at 11a.m., started early at 9:30 a.m. due to the mass number of people. All 250 wristbands, needed to purchase a burger, were given out before the clock struck 10.

This is In-N-Out Burger’s third pop-up store since the last one in 2012. The burger franchise, however, currently has no plans to enter the South Korean market. 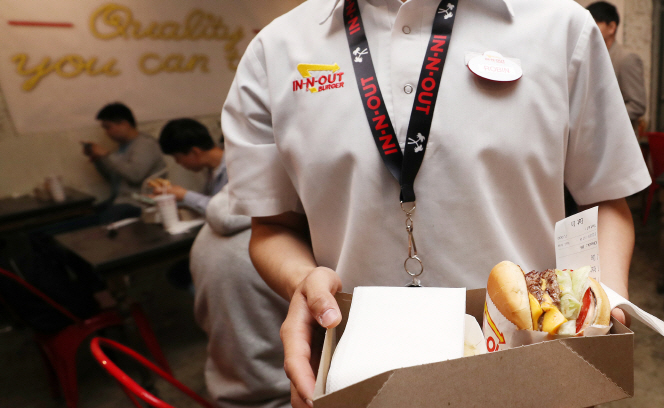 In-N-Out Burger currently has no plans to enter the South Korean market. (Yonhap)

Some argue that the pop-up store is In-N-Out Burger’s strategy to maintain trademark rights in South Korea.

Experts say that South Korea’s craze over American food chains reflects the people’s need for ‘small but definite happiness’ in the age of social networks.

When the first Shake Shake opened in South Korea in July 2016, people had to line up at least two or three hours to get a burger for over a month.

“In the age of social networks, people’s need for a ‘small but definite happiness,’ which can be easily shared with other consumers, seems to coincide with these food chains,” said one expert.

“That is why people seem to become more willing to wait in line for hours, just like how they did at Shake Shack or Blue Bottle.”