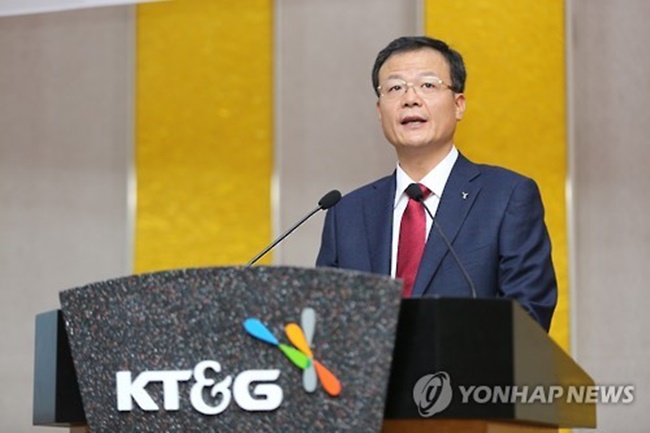 In this file photo provided by KT&G Corp., its CEO Baek Bok-in speaks during his inauguration ceremony in Daejeon, central South Korea, on Oct. 7, 2015. Shareholders of the company approved his reappointment to lead the tobacco maker for another three years on March 16, 2018. (Image: Yonhap)

Baek Bok-in’s reappointment was approved by a regular meeting of shareholders in Daejeon, central South Korea, earlier in the day, it said.

The company is South Korea’s largest tobacco and ginseng product manufacturer, with more than half of its shareholders being foreign investors.

“I will develop KT&G into a global enterprise based on an aggressive overseas expansion strategy, and maximize shareholder value and contribute to the national economy through a balanced business portfolio,” Baek said.