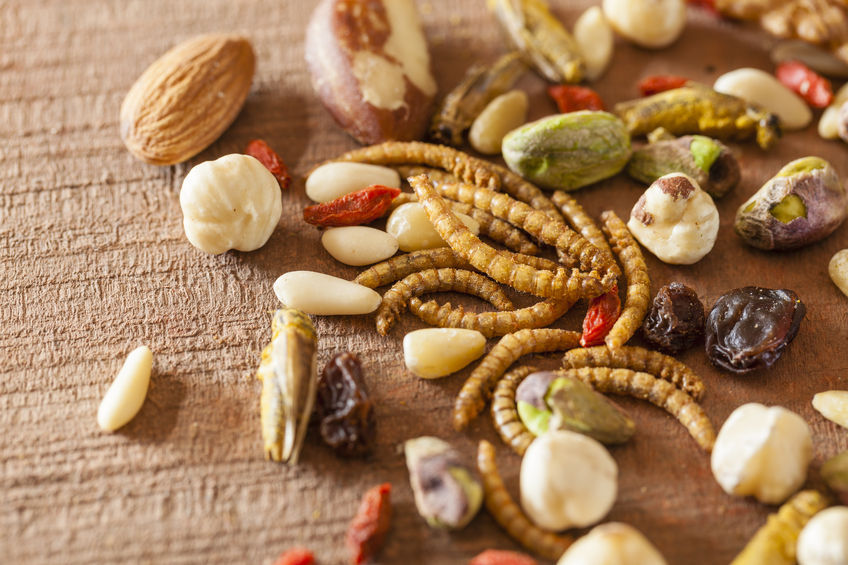 The Ministry of Agriculture, Food and Rural Affairs announced in April that it would grow the insect industry to a 500-billion-won market and increase the number of insect farms to 1,200. (image: KobizMedia/ Korea Bizwire)

SEOUL, May 24 (Korea Bizwire) – Insects are considered an alternative source of nutrition for our future, in which we may suffer from lack of food resources.

In general, 100g of insects such as mealworms, crickets, or grasshoppers, is known to provide 100kcal of calories. Compared to rice or beans, which provide 300 to 400kcal per 100g, insects provide fewer calories but higher amounts of protein, which make them a good source of food.

The Ministry of Agriculture, Food and Rural Affairs announced in April that it would grow the insect industry to a 500-billion-won market and increase the number of insect farms to 1,200.

The Rural Development Administration organized a food tasting event Tuesday for insect sundae. Sundae is a famous Korean street food that is made by boiling or steaming cow or pig’s intestines that are stuffed with various ingredients.

After a process of trial and error, the two produced the mealworm powder, which replaced the use of lard in making sundae. As a result, they were able to get rid of the typical stink from lard, and produced a fresher smell and taste. They decided to commercialize the product, naming it Gosoae Sundae.

Global Food started distributing the product to franchises for sale last month, and patented the recipe.

“We’ve had some positive feedback from customers,” said Park Nam-kyu, CEO of Global Food. “We plan on establishing a mealworm plantation for mass production.”