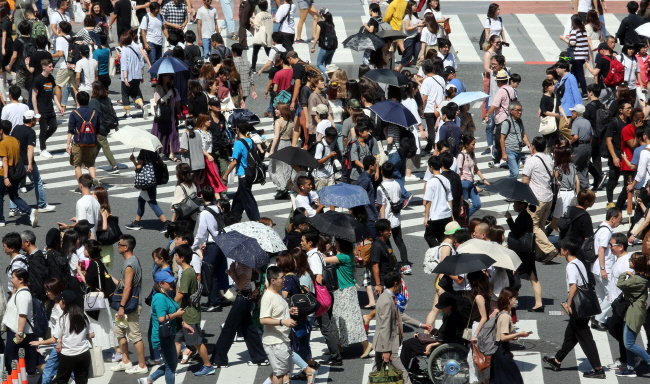 Roughly half of the respondents felt positive about how Japan’s Abe administration is dealing with Korea. (Yonhap)

SEOUL, Sept. 18 (Korea Bizwire) — Many Japanese people are concerned over the possibility that the deteriorating Korea-Japan relations may even hurt non-governmental exchanges between the two countries.

The Asahi Shimbun, a Japanese newspaper, recently conducted a public survey that revealed that 56 percent of Japanese voters are concerned that Korea-Japan relations may affect economic and cultural exchange between the two countries.

Those who were either ‘less concerned’ or ‘not concerned at all’ over the issue accounted for 41 percent of all respondents.

While the majority of the respondents were uncertain about how they felt about Korea (56 percent), more people tended to dislike the country (29 percent) than like it (13 percent).

Among respondents in their 70s, in particular, 41 percent showed hostility towards Korea, while only 7 percent said they like the country.

Roughly half of the respondents felt positive about how Japan’s Abe administration is dealing with Korea, in contrast to the 29 percent who said they were frustrated by the administration’s policies.