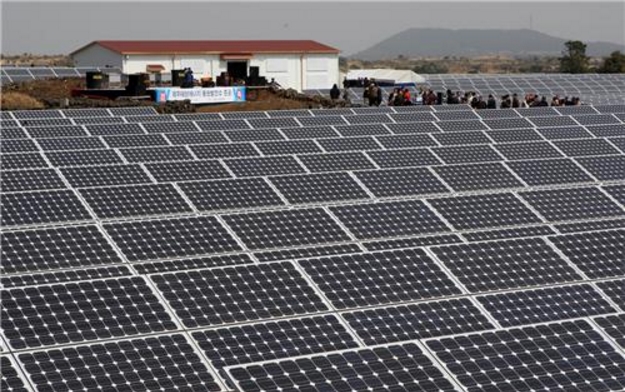 The Jeju government will recruit more citrus farmers every year, and a total of 511 ha (5.1 million square meters) of farmland will be converted to solar power generating facilities by 2030. (image: Yonhap)

JEJU, July 14 (Korea Bizwire) – Despite a long and productive history of cultivating citrus fruits, many Jeju Island farmers are abandoning their agricultural operations and opening solar power installations instead.

The total registered land area for the new solar farms is 1.2 million square meters, and the aggregate power output is expected to reach 80.7 MW, which is 27 times greater than the government’s initial plan for facilities generating a total of 3 MW.

Why has this government plan been so popular with citrus farmers on Jeju Island?

The first and probably the most practical reason for the phenomenon is that the profits generated by running a solar power plant are much higher than for citrus farming, and to top it off, revenue is guaranteed for the next 20 years.

When the government first proposed the project, it planned to install 1 MW of solar generating facilities per 15,000 square meters of farmland, and purchase 1 kW of electricity for 180 won, resulting in a 60 million won profit for an average-sized farm, or 4,000 won in net profits per square meter of land.

Considering the fact that the current net profits of a typical citrus farm come in around 1,220 won per square meter, running a solar farm instead should increase net income by a little more than three-fold.

Other notable factors include the opportunity to give up strenuous manual labor, and an aging farming population.

According to statistics from 2013, 65.8 percent of the farming population consisted of farmers over the age of 60. Farming activities often involve lifting and moving heavy boxes that weigh more than 20 kg (44 lbs) during the harvest season. Spraying pesticides and fertilizers is also part of the exhausting work.

There are approximately 22,000 citrus farms on Jeju Island, and most of them are short of hands, especially when it comes time to harvest the fruit. Though citrus farming requires hard work year long, running a solar farm requires little manual labor.

On July 11, the Jeju government launched efforts to recruit companies wishing to participate in the new solar power project. The government will select companies and negotiate electricity pricing, then encourage farmers or landowners to sign contracts with the selected companies.

Proposals from interested entities must guarantee at least 50 million won in net profit per year for the next 20 years for a 1 MW solar power plant. Any necessary expenses will also have to be covered by the company. Solar power plant modules or inverters will have to be certified by a national accreditation agency.

EPC (engineering, procurement, construction) contractors will be responsible the entire process, from the design and manufacturing phases to the installation of the solar power facilities. Along with the EPC contractors, financial institutions and local companies will jointly operate the solar power plants for 20 years, and provide a fixed income to farms regardless of the operational situation, even assuming the risk for disruption caused by natural disasters. 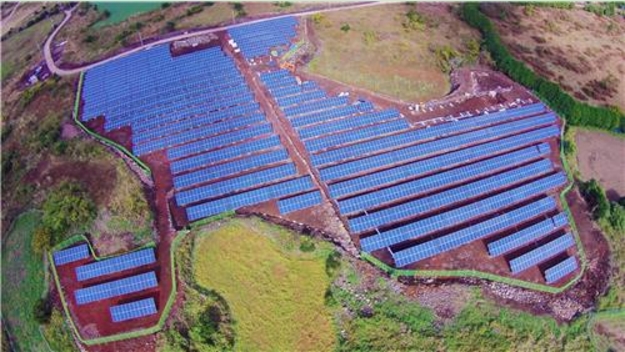 The Jeju government will recruit more citrus farmers every year, and a total of 511 ha (5.1 million square meters) of farmland will be converted to solar power generating facilities by 2030, which should result in an aggregate power output of around 340 MW.

“When the project is carried out as planned, it will prevent the overproduction of citrus fruits and contribute to price stability. All energy sources in Jeju Island will be replaced with new renewable energy, and the profits from this project will go back to the residents. You can say it’s killing three birds with one stone,” said Lee Young-chul, director of the Jeju Provincial Government’s Energy Industry Division.